Lisa White, the mother of Patriots running back James White, remains in critical condition after sustaining life-threatening injuries in a car crash that killed her husband, Tyrone, Sunday afternoon in Cooper City, Fla.

The investigation into the crash is ongoing.

According to the Broward Sheriff’s Office, Lisa was driving while Tyrone, a captain of the Miami-Dade Police Department who was off-duty, sat in the passenger seat. Lisa was attempting to make a left turn from a dedicated lane when another vehicle struck the passenger side of her vehicle.

“White’s vehicle slid sideways, struck the curb, and rolled over onto its side, before coming to rest on its roof on the sidewalk,” the office said in a statement.

Witnesses assisted with extracting the other driver, a 32-year-old man named Daniel Chamberlin, from his vehicle. The engine compartment of Chamberlin’s vehicle caught on fire.

“Additional witnesses tended to the Whites who were trapped in their Volkswagen and needed fire rescue personnel to extract them,” said the office.

James, who is in his seventh season with the Patriots, learned the news while in Seattle for the team’s Sunday night game against the Seahawks. He was inactive for the game and did not report to the CenturyLink Field.

Patriots owner Robert Kraft offered to fly him to Miami Sunday afternoon, but James declined and remained in Seattle in order to travel back to Massachusetts with the team.

“For a tragedy like that to hit the way that it did, it hit us all and we are playing with heavy hearts,” said captain Matthew Slater. “There are things in life that are so much bigger than this game, and I think today was a reminder of that. Life is such a fragile thing.” 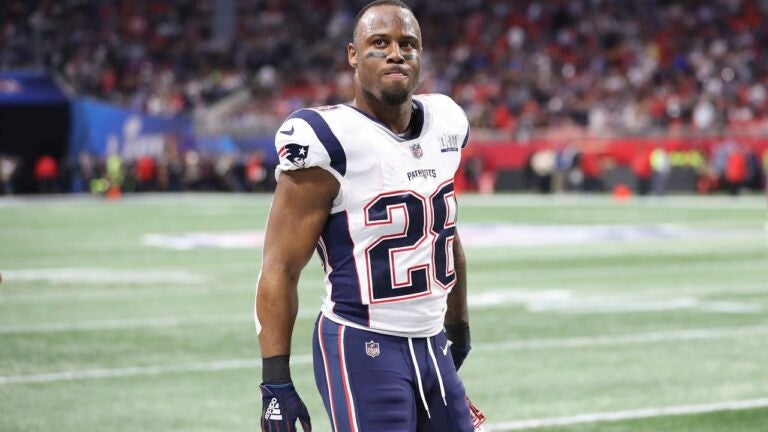