Was it really only a little more than a year ago that we were discussing the possibility of Boston pulling off the rarest of all feats in professional sports?

It’s difficult to believe that the dysfunctional wagon that is the Boston Red Sox won the World Series only two years ago, a title that led into another wave of success for New England franchises. In February of 2019, the New England Patriots added their sixth Lombardi Trophy to the mantel at Patriot Place, and we waited for the Celtics and Bruins to finish the pattern with their own celebrations on top, potentially completing the first Grand Slam for a city or region in professional sports history.

Advertisement:
Then, Kyrie quit, Game 7 happened for the Bruins, and que sera, the Boston area lost a bit of its obnoxious disposition. Cue Laura Branigan.

These days, the Bruins and Celtics are no more than also-rans in their respective virus-free bubbles, running smack-dab into competition that, in the case of the Bruins, overwhelmed with talent and, in the case of the Celtics, exposed their one-dimensional assault. The Red Sox finished their shortened season by firing their lame-duck manager, a move on Sunday that gave them more attention than they had received — or deserved — since the first pitch of the season back in July.

Yet, there is one constant that remains in this millennium’s championship pedigree for the Boston area. And, really, is there really any surprise?

Oh, what the rest of America must have been thinking these last three weeks while watching the hated New England Patriots proceed with the 2020 NFL campaign as if the team were coming off a typical offseason. Just when everybody thought that Tom Brady’s escape to Tampa Bay would mean the thorn in every team’s side would finally fall back to earth, in steps Cam Newton and the machine keeps on churning.

Maybe there wasn’t much to take from a Week One win over the awful Dolphins, but Newton flashed enough pizzazz on that afternoon to cause some heartburn in the heartland. Who is responsible for letting the Patriots get Cam Newton?

Newton wasn’t great during Sunday’s win against the Las Vegas Raiders, but it was his ability to adjust with the rest of the offense that helped lead to the 36-20 decision, backed by running backs Rex Burkhead (three touchdowns) and Sony Michel (117 yards rushing), as well as a stalwart performance by an offensive line that featured Joe Thuney in his first-ever appearance at center.

But, ho-hum, right? It’s still the Raiders, who came into the game 2-0 and fresh off a win over the elite but banged-up New Orleans Saints. But certainly, Vegas is not a team that is going to have it all together enough to be a serious contender by the time we’re planning socially-distanced office holiday parties.

Whatever. Add any kind of performance onto what the Patriots gave us in Seattle last weekend, and the rest of the NFL should already be on notice.

You too, America. The Kansas City Chiefs may be the defending champs, but the road to the Super Bowl might just go through Foxborough.

The taste must be brutal, particularly for those who assumed the Patriots would tumble into at least some semblance of obscurity in the post-Brady era. Instead, head coach Bill Belichick has looked revived in his demeanor on the sidelines (not to mention at the press podium, where the coach has been, dare we say, borderline human in his interactions). Young receivers like N’Keal Harry and Damiere Byrd are emerging in a way that Brady never would have allowed them before expressing his exasperation. While it’s cute that they’re looking up at the 3-0 Buffalo Bills in the AFC East standings, it has no chance of lasting. Heck, team owner Bob Kraft has even been relieved of the charges stemming from his happy massage at a strip mall establishment in Florida. It’s still raining luck and fortune on the Patriots’ parade.

It isn’t the perfect comparison, but you have to go back 19 years to find a Patriots team that surpassed expectations. That was, of course, the year Brady took over for an injured Drew Bledsoe and helped lead the team to its first Super Bowl title.

In the early part of that season, though, it was hard to know what to think about the Patriots. Brady led them from an 0-2 start to a 5-4 record by early November, leading into a Sunday night primetime showdown with the defending champion St. Louis Rams at old Foxboro Stadium. It would be a game New England would lose, 24-17, but the feeling in the aftermath went beyond the score. The upstart Patriots had just faced the most-feared team in the league and proved that they could hang with them.

To a lesser extent, that’s exactly what happened in Seattle last week. One yard short against what is arguably the best team in the NFC.

The Patriots can still, indeed, hang.

There’s another chance to prove their worth Sunday afternoon against the Chiefs. It’s a game the Patriots aren’t supposed to win (the early line has the Chiefs -7), but it’s also the sort of outing that might go a long way toward proving character, just as the 2001 team did against the Rams in November of that season.

No need, really. Some of us have already seen enough out of the team the first three weeks to know what we’re getting.

The Patriots are still the Patriots. Just when you thought you had finally escaped them. No such luck.

Please accept this apology in advance of your frustration. Even if this is all on you.

You should have known better. The Patriots aren’t going anywhere. Not anytime soon, at least. 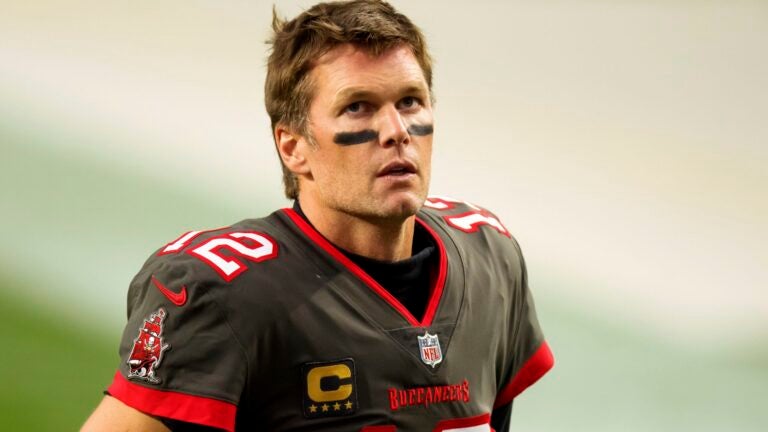 In the Cam Newton vs. Tom Brady discussion, let’s just say I’m glad to be watching the Patriots this season