The New England Patriots had a flight to catch Monday morning — and it came at the expense of some local commuters.

After their game against the Kansas City Chiefs was postponed until Monday night following the news of quarterback Cam Newton’s positive COVID-19 test over the weekend, the Patriots had to wait for the results of additional team-wide tests Monday morning before flying out to Kansas City. For some players, that meant a rare commute through the throes of Boston’s notorious weekday morning traffic.

Fortunately for them, they had some help.

The team took two planes Monday morning, with the roughly 20 players who had close contact with Newton flying separately from the rest of the team. According to The Boston Globe’s Ben Volin, the main team plane flew out of Providence while the secondary plane, which included coach Bill Belichick, departed from Logan Airport in Boston.

To get to Logan, the Patriots (not unlike many other professional sports teams) paid for an escort from Massachusetts State Police, who stopped northbound traffic across I-93 into Boston to make way for the six team buses.

Traffic stopped on 93 as #Patriots buses are escorted to the airport. The team is headed to Kansas City for tonight’s game. @RochieWBZ reports everything is on track for them to play tonight… “last hurdle will be PCR test results which will come later on today” @wbz pic.twitter.com/1F6rK3zV8b

In a statement, the Massachusetts Department of Transportation noted that the escort had been using the carpool lane between Boston and Quincy, which is open in the morning hours for use by northbound buses and other vehicles with more than one passenger.

According to Massachusetts State Police, it was necessary to stop traffic to keep the escort’s “disruption” to a minimum.

“The escort of the Patriots’ buses is a regular, longstanding detail paid for by the team to ensure secure transit to the airport, similar to any other paid detail escort for motorcades or specialized material transports,” Dave Procopio, a state police spokesman, told Boston.com in statement. “Because we make every effort to minimize disruption to motorists, today’s escort necessitated a lane closure that lasted only approximately three minutes.”

Still, the striking visual of police bringing the four-lane highway to to a standstill to let the buses merge back into traffic drew a significant amount of criticism on social media.

“Who cares if you’re going to be late for work? the patriots need to get to the airport!” wrote one Twitter user.

According to Volin, the team made their flight and was in the air shortly after 9:15 a.m. 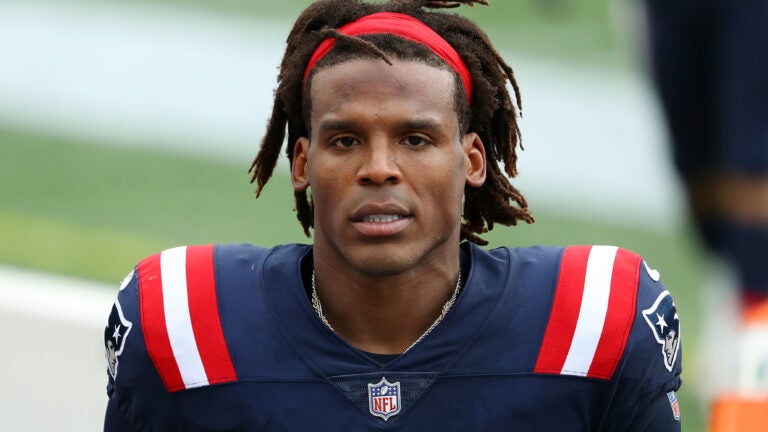