NASHVILLE, Tenn. (AP) — The New England Patriots and Kansas City Chiefs returned all negative results, allowing their game rescheduled for Monday night to be played, and the Tennessee Titans have their first day clear of positive results in a week, a person familiar with the situation told The Associated Press.

Now in quarantine, Newton wrote Sunday on Instagram that he’ll use his time off from football to “get healthy and self reflect on the other amazing things that I should be grateful for.”

The Titans’ outbreak reached 20 cases Sunday with the team’s sixth straight day of at least one positive with 18 returned since Tuesday. But Tennessee had no positives back Monday morning. The person spoke to the AP on condition of anonymity Monday because neither the NFL nor the Titans announced the latest results.

Tennessee will need continued negative results to host Buffalo (4-0) on Sunday, and Wednesday is the earliest the Titans can get back inside their facility as long as the franchise has back-to-back days of negative test results.

Minnesota, which lost to Tennessee a week ago, beat Houston 31-23 on Sunday following new protocols for teams exposed to a COVID-19 outbreak.

The negative test results Sunday include New Orleans Saints fullback Michael Burton, who falsely tested positive on Saturday. The Saints learned of the positive test after leaving New Orleans for Sunday’s scheduled game in Detroit and ran another series of tests on players and staff overnight.

Tennessee’s outbreak appears to have started Sept. 24 when the team placed cornerback Greg Mabin from its practice squad on the reserve/COVID-19 list. Then outside linebacker coach Shane Bowen’s test result came back positive Sept. 26, and he did not travel with the Titans to Minnesota.

Then eight positives come back Sept. 29 when the NFL told the Titans to close their facility.

That was the first of six straight days of positive results putting key players on the reserve/COVID-19 list — defensive linemen DaQuan Jones and Jeffery Simmons, wide receiver Adam Humphries, long snapper Beau Brinkley, cornerback Kristian Fulton and outside linebacker Kamalei Correa. Fullback Khari Blasingame will be added to that list today after being the last player to test positive.

After the NFL postponed the Titans’ game set for Sunday against Pittsburgh, the league rescheduled the game a day later for Week 7 on Oct. 25 during Tennessee’s bye. The league also moved Baltimore’s bye to Week 7, so the Ravens now can play Pittsburgh on Nov. 1.

Officials from the NFL and its players’ union met with the Titans on Friday reviewing the situation around the team’s outbreak. 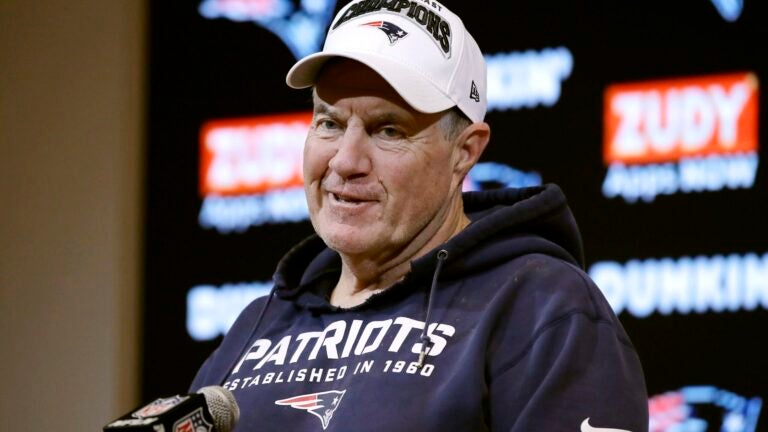 If Patriots pull it off, where would this rate among Bill Belichick’s best regular-season wins?