The Patriots are headed to Kansas City to play the Chiefs tonight at 7:05 p.m. The game was originally supposed to be played on Sunday, but was delayed due to positive COVID-19 tests from both teams (New England’s was quarterback Cam Newton).

After multiple days of no further positive tests, the NFL is going ahead with the game as a Week 4 matchup.

Adam Schefter on the NFL and the Patriots: On Sunday night, Pro Football Talk’s Mike Florio reported that the NFL was investigating the Patriots for possible COVID-19 protocol violations.

“Per a league source,” wrote Florio, “the NFL promptly launched an investigation into whether the Patriots complied with all relevant protocols, after news of quarterback Cam Newton‘s positive test emerged.”

On Monday, ESPN’s Adam Schefter added some context regarding the league’s actions between the Patriots and Titans recording positive COVID-19 tests during an interview on WEEI’s “The Greg Hill Show.”

“I’m sure the league looks into it anytime there’s a positive test,” said Schefter. “I don’t think that’s an investigation.

“Investigating is what they’re doing in Tennessee, and Tennessee’s going to pay the price for it,” Schefter added. “Tennessee’s in trouble. I haven’t gotten any kind of sense that New England’s in any kind of trouble.”

According to Schefter, the NFL’s contact with the Patriots has been more procedural than accusatory.

“The league, I wouldn’t call it investigating, I would call it doing its job, reviewing the situation,” Schefter explained. “The league isn’t just going to hear about a positive test result for a starting quarterback and say, ‘OK, well let us know when he’s better.’ That’s not how it works.”

The circumstances in New England are far different than in Tennessee, as the Titans have experienced multiple positive tests over multiple days, causing the game against the Steelers to be rescheduled to Week 7.

Trivia: Who are the only two NFL quarterbacks who currently lead their teams in rushing?

Soon-to-be free agent teases possible Boston connection: Trevor Bauer will begin to receive interest from other MLB teams five days after the World Series concludes this fall, as the 29-year-0ld (who sported a 1.73 ERA through the shortened 2020 regular season) becomes a free agent.

He teased a possible Red Sox interest, though he also admitted on Twitter that he would “consider all offers,” even from the Astros (who Bauer has been a vocal critic of).

Hey @redsox you up? pic.twitter.com/2g1Pkyr4WI

One additional update regarding Patriots players before tonight:

RB Sony Michel has been downgraded to out for #NEvsKC.

The Patriots received a police escort to get to the airport on Monday morning:

Traffic stopped on 93 as #Patriots buses are escorted to the airport. The team is headed to Kansas City for tonight’s game. @RochieWBZ reports everything is on track for them to play tonight… “last hurdle will be PCR test results which will come later on today” @wbz pic.twitter.com/1F6rK3zV8b

On this day: In 1950, the Celtics were “stuck” with point guard Bob Cousy in the dispersal draft after the Chicago Stags folded from the NBA. Cousy, who had been a flashy, national championship-winning college star at Holy Cross, was initially passed over by Red Auerbach in the earlier NBA draft.

“What am I supposed to do, win games or please the local yokels?” Auerbach angrily asked when Boston decided to select Chuck Share instead (Share elected not to sign with Boston, playing for a year in the rival National Professional Basketball League, but his NBA rights were eventually traded by Auerbach to the Fort Wayne Pistons for future Hall of Famer Bill Sharman).

Fortune was with the Celtics in spite of Auerbach’s player evaluation. The team that eventually wound up with Cousy anyway, since the Stags folded before the 1950 season got underway. Three teams participated in a dispersal draft involving Chicago’s most notable players.

The New York Knicks, the Philadelphia Warriors, and the Celtics drew names to determine which of the three players the teams would receive. Boston owner Walter Brown drew second, getting Cousy. Given Cousy’s glittering success (13 All-Star teams, 10 All-NBA First Teams, a 1957 MVP, and six championships), it’s notable that the Celtics’ leadership was so unhappy at getting Cousy from the draw.

It took little time for “Houdini of the Hardwood” to show he could play in the NBA, as the New York native became a pillar in Auerbach’s original Celtics dynasty. 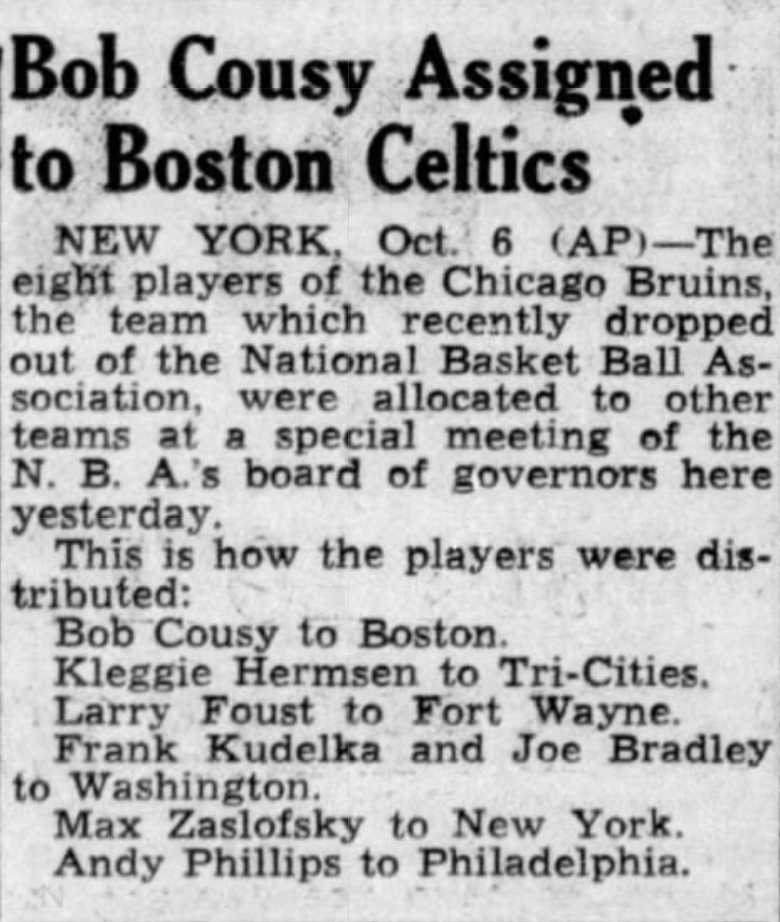 Daily highlight: 49ers wide receiver Brandon Aiyuk broke free in the Sunday night matchup with the Eagles before perfectly hurdling the last defender for a touchdown. 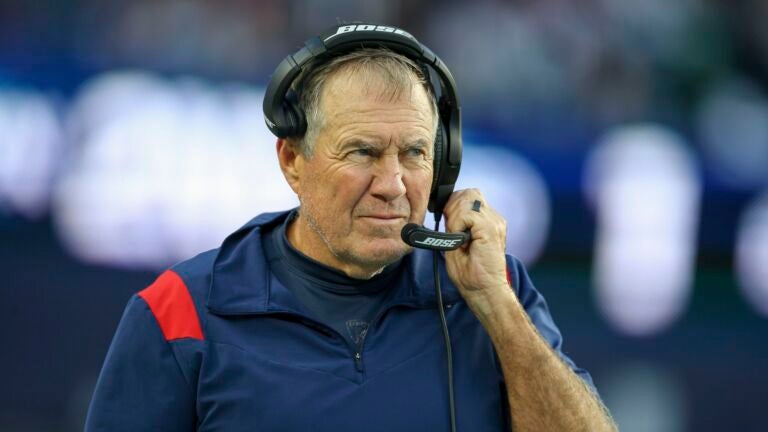