When it was reported that Patriots cornerback Stephon Gilmore tested positive for COVID-19 on Wednesday, many wondered if he may have infected anyone else.

After the news was reported, an image made the rounds on social media of Chiefs quarterback Patrick Mahomes having a close conversation with Gilmore after Monday’s game.

Mahomes told reporters Wednesday he had a “little bit of a mental lapse” by talking to Gilmore.

“I was just trying to show respect to a great football player who I hope is getting better very quickly,” Mahomes said of his conversation with the reigning Defensive Player of the Year. “I’ll just try to keep away from that and try not to do it again.”

Gilmore shared he was asymptomatic following the positive test result.

The Patriots-Chiefs matchup was moved from Sunday to Monday when it was reported Saturday that Patriots quarterback Cam Newton and Chiefs practice squad quarterback Jordan Ta’amu both tested positive for the coronavirus.

Mahomes said he’s kept his distance from Ta’amu. He also said he slept in a different bedroom from his fiancée, Brittany Matthews — who is due with their first child, for a couple of nights until his COVID-19 tests came back negative.

“I’ve just tried to do my part to kind of keep myself away from her and social distance whenever stuff like this arises,” Mahomes said. “It’s something I think about every day. You have to think about that with her being pregnant, kind of that high-risk category. I just try to do my best, especially after finding out Jordan was positive.”

Chiefs receiver Tyreek Hill also said he is keeping his guard up after Wednesday’s news. 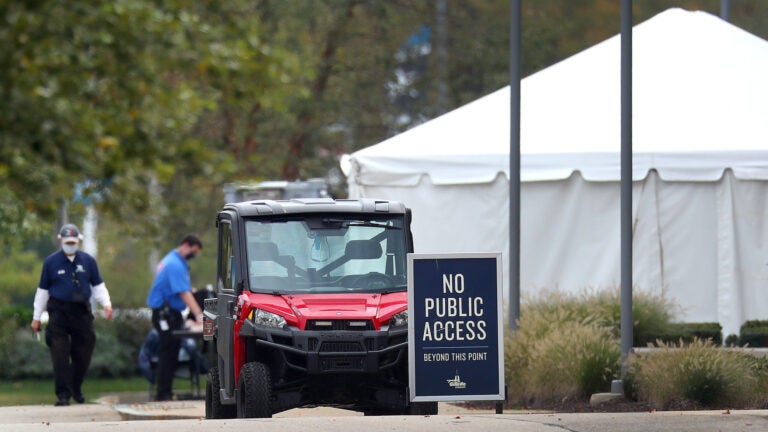 The Patriots and Chiefs shouldn’t have played Monday. The NFL is to blame for what happens next.