It was Oct. 27, 2002. The Anaheim Angels of Los Angeles beat the San Francisco Giants in Game 7 of the World Series to capture their first title as a franchise. Mike Trout was 12.

It was also, as far as I can gather, the last time the New England Patriots were as many as two games out of first place in the AFC East.

That Patriots team, defending Super Bowl champions for the first time in franchise history, started the ’02 campaign with a 3-4 mark, ending the month of October with a 24-16 loss against the Denver Broncos, the second-straight defeat at brand, spankin’ new CMGI Field Gillette Stadium. The Miami Dolphins, on a bye, were 5-2 that week, leading the way in the division. The Buffalo Bills were right behind at 5-3.
Advertisement:

None of them would make the playoffs, all usurped by the longstanding potency of Chad Pennington’s 9-7 New York Jets.

Eighteen years later, and the Jets winning the division is about the only thing left in that scenario that isn’t going to repeat itself. Since then, the only time the Buffalo Bills were ahead of the Patriots in the standings before this season was when the teams were listed alphabetically.

Which raises the question that fans of East-dominating New England have rarely had to ask over the better part of the last two decades: Is it time to worry?

I guess that depends how we feel about classifying Monday night’s loss in Kansas City as another “moral victory.”

String together enough moral victories on the season, and you’ve got one heck of an 8-8 team filled with empty promises. The Patriots already earned one such encouraging loss in Seattle during Week 2, a hard-fought effort that came up one yard short. It’s hard to figure the 26-10 loss to the Chiefs elicits the same sorts of warm feelings, albeit aside from wondering how much different the score might have been with starting quarterback Cam Newton, sidelined with COVID-19, behind center in lieu of the whimsical red zone presence of career backup Brian Hoyer.

Oh, there were flashes of encouragement, for sure, particularly noting how the New England defense handled the potent offensive attack of Patrick Mahomes and company for almost three quarters. But fuzzy feelings don’t make the playoffs, and if the postseason started right now, the Patriots would be staying home while annual also-rans would be making appearances, including the Cleveland Browns and the Bills.

Then again, back in 2002, the AFC East champion New York Jets were only 2-5 at the end of October. A two-game lead isn’t exactly insurmountable as long as Brian Hoyer is hermetically-sealed in his own protective bubble. In Iowa.

This is not to discount the talent that exists in Buffalo, a franchise that has been rebuilding itself for the last 20 years, and might finally be on the doorstep to something special. Finally. Josh Allen has looked good while waiting for his pumpkin coach to arrive, even generating whispers of MVP from some in the football media. Stefon Diggs has proven to be every bit the weapon that the Patriots refuse to go out and get repeatedly. Suddenly, the Buffalo Bills are darlings of the NFL, a fresh face in a land of bumbling misdirection and a handful of contenders.

But let’s slow down on the Bills.

Bear in mind that the 2-2 Patriots have already had to face a pair of teams in Kansas City and Seattle that are a combined 8-0 on the season so far. The 2-2 Oakland Raiders were 2-0 when they came to Foxborough, and the Dolphins were still fresh meat in Week 1. Which all means, the Patriots have yet to play a team that had a loss on its record coming into their spot on the schedule.

In fact, the combined record of the four teams the Patriots have faced so far: 11-5. The Buffalo Bills’ opponents have gone 6-10.

According to Pro Football Reference, no other NFL has faced a more difficult strength of schedule than New England (8.0, as noted by the Simple Rating System). The Bills are 11th in the AFC (-2.4).

Granted, you can pretzel such stats to whatever degree fits your narrative, so maybe the most worthwhile avenue of reason stands for patience until the Bills and Patriots first meet on the schedule (Week 8, in Buffalo).

It has been 12 years since a team other than the Patriots have won the division. You have to go back to 2002 for the last time a New England team with a healthy Tom Brady surrendered the crown.

This year may be different. A two-game deficit is unheard of.

It just doesn’t seem a viable reason to worry.

At least, not yet. 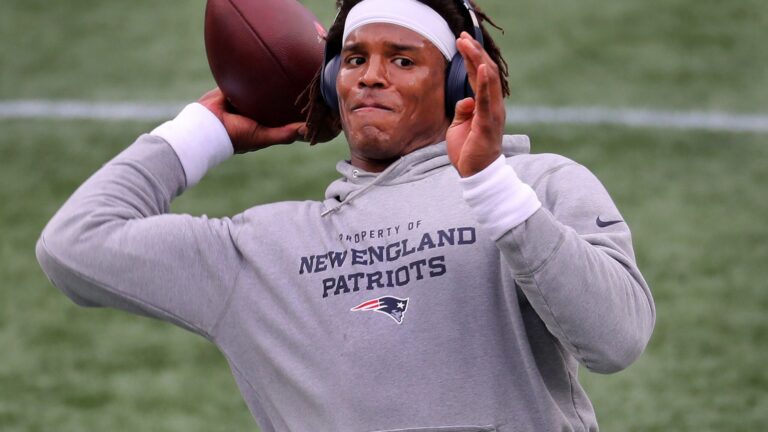 Sports Q: With Cam Newton at quarterback, would the Patriots have beaten the Chiefs?