In a more reasonable world, and goodness how we long for that, we’d all shake our heads in agreement and acknowledge that the Tom Brady/Bill Belichick partnership was, far more than anything else, the perfect confluence of mutual genius, the likes of which will never be equaled by any quarterback/coach pairing in works of nonfiction ever again.

Also in a more reasonable world, Skip Bayless wouldn’t have made $25 million over the previous four years to spew sizzling, moronic, inauthentic takes on Fox Sports 1.

Perhaps the debate culture hasn’t permanently prevailed – there’s an abundance of thoughtful, entertaining content these days, too — but it has permeated the way fans and media consume and consider sports.

I know the reality: There is no more compelling debate, in New England and probably nationally, than dividing up the credit pie (the more optimistic cousin of the blame pie) when it comes to the Patriots’ 17 AFC East titles (including the last 11), 13 conference championship game appearances, nine Super Bowl visits, and six Super Bowl victories since 2001.

Especially now that Brady and Belichick have gone their separate ways after that less than copacetic final season.

That brings me to my request as this NFL season continues to take shape and Brady and Belichick make their way without each other for the first time in 20 years:

Declare your beliefs now, and vow not to waver, even as the plot shifts in Tampa Bay and New England with each passing Sunday (or Monday … or the occasional Tuesday).

This isn’t about who deserves the credit for their mountain of accomplishments in tandem. That is done, and their peak will remain unreachable for other QB/coach combos for however long this irresistible, damaged league survives.

It’s about who you’re with now, and who you believe in more, right now, in 2020: Tom Brady, or Bill Belichick.

Pick your corner now, and stick with it, because six weeks into this season, I’ve already heard too much flip-flopping as the circumstances around the Buccaneers and Patriots have shifted with each passing week.

Belichick is the choice here. And it’s an easy one.

There’s a reason I’m writing this now. I want to get it on record while skepticism of Belichick is percolating among the talk-radio chirpers and others who have waited decades, plural, for his comeuppance.

The Patriots are 2-3 this season after Sunday’s 18-12 loss to an inconsequential Broncos team. They’re 4-7, including a first-round playoff loss to the Titans, since beginning last season 10-1. They have a minus-1 point differential this season so far; their worst over a full season since 2001 is plus-35 in 2002, and they’ve been at least plus-100 every year since 2006.

There have been too many moral victories and not enough actual ones through six games. They would appear to be a team with a shortage of pure talent on offense, and one that is lumbering toward a crossroads regarding whether it is a contender or pretender.

Meanwhile, Brady and the Buccaneers just throttled Aaron Rodgers and Green Bay, improving to 4-2 and claiming first place in the NFL South with a 38-10 over the previously unbeaten Packers. The throttling was so thorough – the Bucs’ defense limited Rodgers to 16 of 35 passing, for 160 yards and a Hoyeresque 35.4 rating – that Brady didn’t have to do much heavy lifting, finishing with 166 yards and a pair of touchdowns on a mere 27 attempts.

It must have been the kind of lovely afternoon Brady envisioned when he decided to join the Bucs.

But remember: This football utopia was basically an opposite scenario just a week prior. When the Bucs lost to the Bears, he spent much of the game screeching at his linemen like they were wearing Joey Galloway jerseys, and in perhaps the most glaring mental error of his career, he forgot that it was fourth down on the Bucs’ final offensive play of the game.

I guarantee you the Bucs are still a work in progress, and that progress at times will be stunted because of the Bucs’ undisciplined ways. Don’t book them for Super Bowl LV just yet.

And I’ll admit this if you will: There’s some unexpected schadenfreude at play when Brady struggles with the Bucs. I didn’t expect it to be this way, and I’m hardly rooting against him, but there’s something satisfying watching him yell at all of his new pewter-adorned weapons.

Even with Brady elsewhere, I think we know better around here to write off the Patriots based on the last thing we saw. There were performance-based reasons the Patriots lost that game, most glaringly that Cam Newton often held the ball too long and failed to spot open receivers.

But after the chaos of the previous two weeks, with Newton and Stephon Gilmore among those testing positive for COVID-19, the lack of practice time, and the game-day shuffling of the offensive line that required digging deep into the depth chart, it’s understandable why they delivered a clunker.

That doesn’t mean they should be awarded a mulligan – they still should have defeated Denver – but I’m not taking that performance as an undeniable indication of who they are.

I believe, with good health and perhaps an addition or two at an offensive skill position, that this will prove to be a very good football team. It already is defensively, and that side of the line of scrimmage was the greatest uncertainty coming into the season.

Sure, the Patriots have put themselves in a spot where they need to start converting those moral victories – the close loss at Seattle, a good fight at Kansas City without Newton – into real ones.

There’s no one in the history of football I trust more to guide them in that direction than Belichick. Even that best old ex-friend who is looking pretty good right now in Tampa Bay. 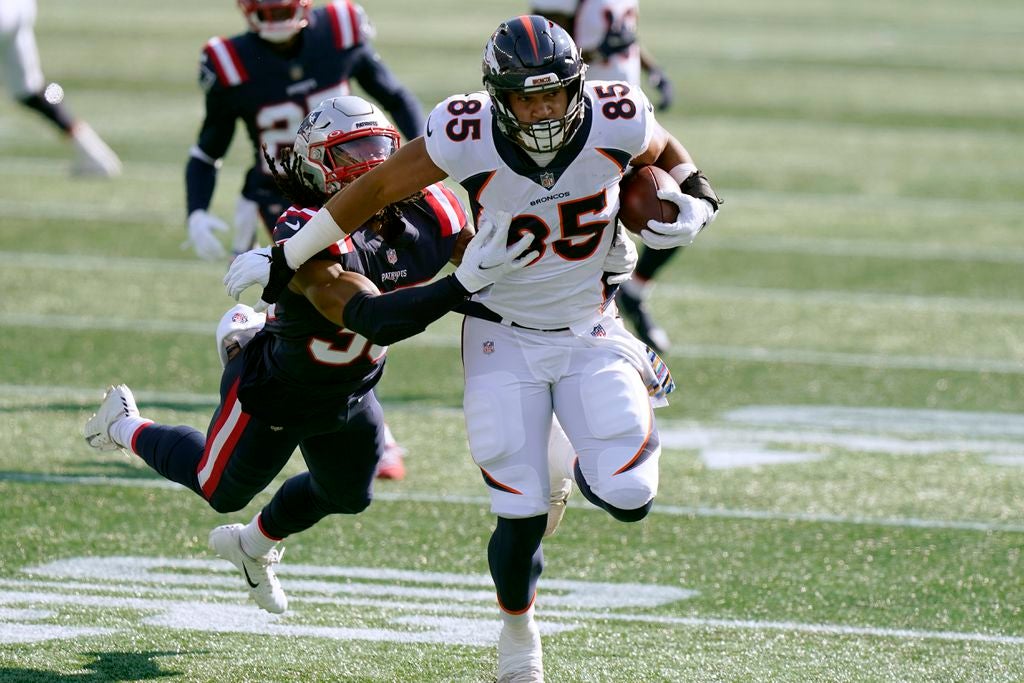 Not enough 'quality skill players,' and other thoughts on the Patriots’ 18-12 loss to the Broncos