The Patriots had good attendance for the second straight practice ahead of Sunday’s matchup against the 49ers.

Running back James White was the only player to miss Patriots practice on Thursday, marking the second straight day he’s been out of practice. He missed practice again for a non-injury related reason, according to the team.

White has missed two games this season to mourn the death of his father, who was killed in a car crash in September.

Defensive end Derek Rivers was added to the injury report on Thursday and was limited at practice due to a back injury. Rivers was activated from the COVID-IR list Wednesday. He did not test positive for COVID-19 but missed the Broncos game because he was in close contact with someone who did have it.

Edelman has dealt with the knee injury all season, causing some to attribute his decreased production to the injury. He has just seven catches for 76 yards over the last three games.

As for the 49ers, running back Raheem Mostert was out of practice on Thursday while offensive tackle Trent Williams was upgraded to a limited participant.

DID NOT PARTICIPATE
RB James White (not injury related) 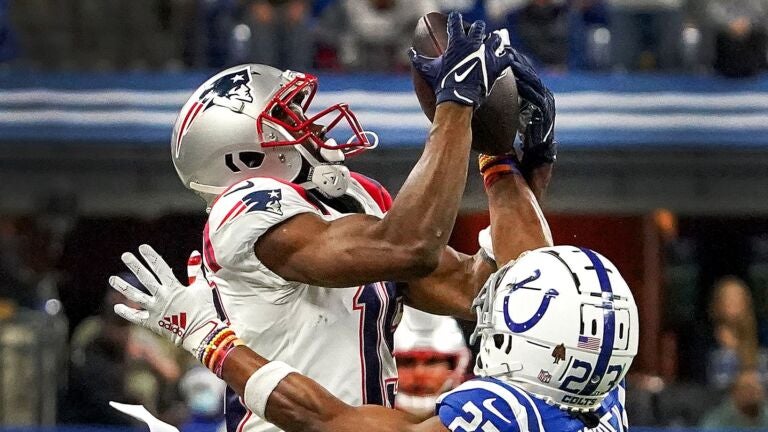 Nelson Agholor ruled out for Sunday's game vs. Jaguars