Instead, Bill Belichick added a wide receiver in a deal with the Dolphins.

Here’s a look at the rumors in the lead-up to deadline day, as well as the reported trade:

5:54 p.m.: The Patriots confirmed the acquisition of Isaiah Ford in a deal with the Dolphins.

2:53 p.m.: According to Adam Schefter, the Patriots acquired wide receiver Isaiah Ford from the Dolphins:

Ford, a 2017 seventh-round draft pick by Miami, didn’t catch an NFL pass until 2019. In 16 games in his career, Ford has 41 catches for 428 yards. Notably, his best day as a professional came in the Dolphins’ win over the Patriots in Week 17 last season (catching seven passes for 54 yards).

Given the Patriots’ injuries at receiver, Ford’s addition gives the team a much-needed new option.

1 p.m.: Asked during his press conference earlier on Tuesday if he “envisioned any movement,” Belichick replied, “I don’t know at this point.”

Belichick used a golf analogy to describe the circumstances where it appears a deal might happen but falls apart.

“It goes from it looks like the ball is going to roll into the cup, and then at the last second, it spins out.”

Here’s Belichick’s full press conference in which he was asked several trade-related questions:

7:45 a.m.: According to ESPN’s Diana Russini, teams seeking Stephon Gilmore will have to pay a high price. Despite being 30 years old, Gilmore will reportedly still require both a first round pick and a player in order to pry him away from New England.

After speaking with a few GMs around the NFL, I’ve learned multiple teams who have called the Patriots about CB Stephon Gilmore were told by New England they want a first round pick and a player in exchange for the 2019 AP Defensive Player of the Year.

“They’ve needed to clear the decks for a while,” wrote Breer. “And now that they’re 2–5, and we know getting a win is going to be a fight every time going forward, it makes sense for the team to see what they can get for pricey, well-heeled vets like Stephon Gilmore, Joe Thuney, David Andrews and Lawrence Guy. Which, I’m told, they’ve already made an effort to do—telling teams they’ll listen to trade offers on almost everyone on the roster.”

Nov. 1: CBS Sports reporter Jason La Canfora  provided an update on the Patriots’ rumors prior to the team’s matchup with the Bills on Sunday.

“The Patriots have engaged in considerable discussions about both buying and selling,” wrote La Canfora, “but are seeking good young players more so than draft picks, and outside of corner Stephone Gilmore, do not have much to offer than would really excite contending teams, league sources said.”

Oct. 29: According Breer in his column, the Patriots are an open book regarding trades.

“The Patriots have been quiet thus far, but I’m told they’ve said to other teams they’d listen on almost anyone,” wrote Breer. “The team did discuss Stephon Gilmore with other teams before the draft, and then again in training camp, before moving $4.5 million in his contract from 2021 to ’20. Other teams took that restructure as a sure sign that this will be Gilmore’s last year in New England. So if they lose Sunday in Buffalo, it’d be interesting to see if they’d move the timetable on his departure up.”

Oct. 26: One player New England has been connected to as a possible addition is pass rusher Ryan Kerrigan. Peter King mentioned Kerrigan in his weekly column, noting that the Patriots, 49ers, and Seahawks might make a push for a deal.

Kerrigan, King noted, is “due $6.8 million for the last 10 weeks of his contract, averages 9.9 sacks a year in his career, always available (four games missed due to injury in 10 seasons), great team guy. A perfect stretch-run add for a contender.”

Oct. 25: After the reports that New England tried to deal the 2019 Defensive Player of the Year in the offseason, Breer noted that New England should explore trading Gilmore if the team isn’t going to be competing for a Super Bowl in the 2020 season.

Oct. 21: Considering the current struggle to consistently develop a passing game, one position the Patriots might look to add a player is at wide receiver.

A name that’s been mentioned is Bengals wide receiver — and 40-yard dash king — John Ross. A 2017 first-round pick, Ross has reportedly asked for a trade away from Cincinnati:

From @gmfb: #Bengals WR John Ross approached the team about a trade recently. The speedster, in the last year of his rookie deal, hasn’t been playing much of late and wants a fresh start if that’s going to continue being the case. pic.twitter.com/0LbfY9ODb4

NFL insider Dan Graziano told ESPN’s morning show, “Get Up!” that the Patriots might be among the buyers in the receiver market. Of the players available, Graziano also mentioned Ross.

“The guys that are going to be available, look at guys in the last year of their contracts,” Graziano explained. “Cincinnati’s got a couple guys in A.J. Green and John Ross. Houston’s got a few of them, although they may not be eager to trade away more wide receivers from Deshaun Watson. Watch the wide receiver market as the trade deadline gets close.

Visit Millions of Americans have left the country. Where are they going, and why? 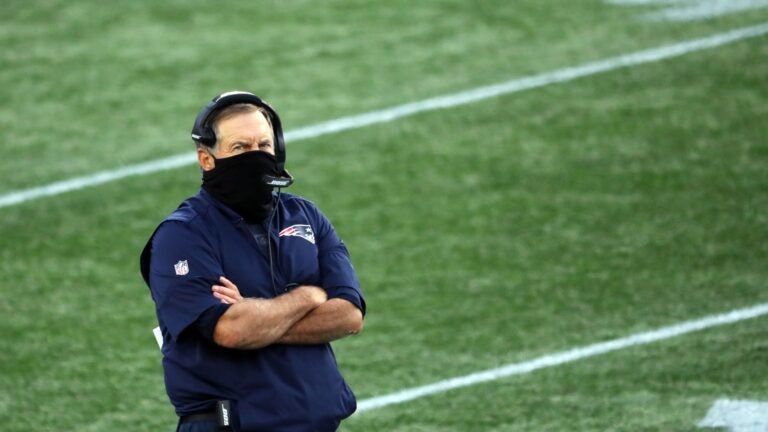