Assessing where the Patriots are after a fourth loss in a row, quarterback Cam Newton acknowledged it’s been a difficult month during his Monday morning interview with “The Greg Hill Show” on WEEI.

“Listen, I’ve been one week at a time for the last four weeks,” said Newton after the 24-21 loss to the Bills on Sunday. “Just the vibe that you get in that locker room is we just need one, because going back and knowing this team as well as I do know this team, coming off of that Raiders win, I think everybody had a full head of steam and momentum. Then obviously what happened with COVID and everything like that, it’s just been a slippery slope, walking down a slippery aisle trying to regain your footing.”

Still, Newton added that he remains hopeful of a turnaround.

“One thing I do know about this team is once we get that first one, that next one is almost, ‘OK, we remember how to win,” said Newton. “‘OK, we know how this feels. This is where situational football kicks in, let’s do a better job of doing this, that and the third.'”

The 31-year-old was upbeat despite the team’s 2-5 record.

“There’s no doubt in my mind that guys are taking the proper steps of focusing on each and every day, each and every rep, each and every practice that will inevitably lead to in-game success for one particular game,” said Newton. “We have a relatively young, but mature team that keeps everybody focused and in line with what the common goal is for that specific day and week.”

When asked a follow-up question on if he thought the Patriots can still make the playoffs, Newton kept his focus on New England’s next opponent.

“I think this team can win the next game,” said Newton.

The Patriots won’t play again until a Monday night matchup with the Jets. But as he explained, things can change — for better or worse — in a rapid period of time in the NFL.

Though he helped the Patriots stay in the game against the division-leading Bills, and led New England into range to potentially tie the game, Newton’s fumble on the final drive ended any chance of a comeback.

Regarding the inevitable criticism he’s received in light of the loss (and the ongoing losing streak), Newton didn’t shy away.

“They are entitled to their own opinion, and they may be right, who knows?” Newton admitted. “And I’m not here to combat every single person that calls in.”

“For me, my sanity comes from knowing that listen, I need to get better,” said Newton. “I feel like I’m getting better, I know I’m getting better and just the comfort in this offense is going to pop, so whatever a person may say, I agree with them 110 percent. There’s not a person out there that’s going to be more critical of how Cam Newton plays outside of Cam Newton.”

When WEEI host Greg Hill told Newton that he was “super depressed this morning, but I feel better talking to you, Cam,” the Patriots’ quarterback shed some light on his postgame reaction.

“You and me both,” Newton replied. “It’s not fun sitting in a black room all day and just damn near crying. It’s just been like what else do I have to do?”

Newton also elaborated on the day-to-day reality of a football player judged only on wins and losses.

“But when you lose, even the rainiest or the sunniest days is like, ‘Oh my God, here we go again,’ and it’s this, that, and the third. You energy is off.”

Yet despite the team’s current losing streak, Newton explained why he remains hopeful.

“I’ve just wiped it all away and take a deep breath and keep on pushing, because we’re close,” said Newton. “And I think everybody can attest to that. We have to find a way. We’ve had opportunities this year where we’ve lost some extremely close games, but yet the optimistic [takeaway] that you can get from that is just one play here, and one play there and those are different games. Just like yesterday, I have to do a better job with holding myself first accountable for the football and just moving forward and building off of it.” 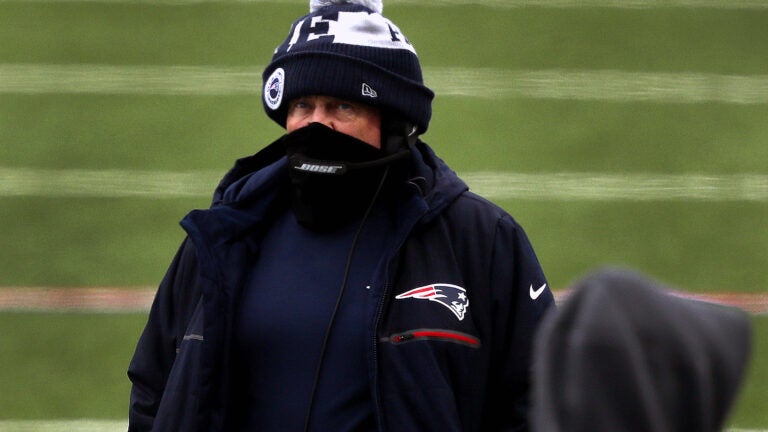 Morning sports update: Patriots reportedly willing to listen to trade proposals for ‘almost everyone on the roster’