With a 30-27 comeback over the Jets on Monday night, the Patriots got a win for the first time since Sept. 27.

After the game, Bill Belichick was satisfied with his team’s performance.

“It was a good win,” Belichick began. “I thought we made the plays we needed to make at the end of the game, certainly things we could do better but we played good complementary football.”

After four straight losses, even a narrow win over the Jets was welcomed.

“Players worked hard, they deserved to win, and I’m happy for them,” Belichick explained.

After trailing by 10 points in the fourth quarter, the Patriots rallied to tie the game.

“Nick did a great job,” Belichick said of the Patriots’ kicker, who was unable to practice on Saturday as he dealt with a back injury. “He’s a tough kid, he came through for us obviously in a big way. He’s really be consistent for us over the last year and half. Couldn’t be a bigger kick and he put it right down the middle. Awesome job on his part.”

After fumbling on the the final drive against the Bills a week ago, Cam Newton also came through in the clutch for the Patriots against New York.

New England scored on each of the team’s four second-half drives. The pivotal play came on the final drive, when Newton found second-year wide receiver Jakobi Meyers for a 20-yard gain to move the Patriots into Folk’s range.

“Jakobi’s done a good job for us all year,” Belichick noted. “He’s a good route runner, really understands coverages and timing, when to be open on the route and how to take advantage of different coverage leverages.

“Cam did an excellent job — I mean we missed [Meyers] on one big play opportunity — but Cam hit him quite a few times, must have been double digits there,” Belichick added of the Patriots’ quarterback.

“Some big throws to [Damiere] Byrd too,” Belichick continued, “he did a nice job of putting the ball in different spots to our receivers and again they gave us a lot of pressure and we had to go outside. Cam did that. Damiere and Jakobi stepped up and made some critical plays for us.”

One aspect of the team the longtime New England coach was less than thrilled with was the pass defense.

“Defensively we didn’t play well in the passing game,” Belichick admitted. “This wasn’t one of our better performances. Fortunately in the fourth quarter we had the interception, had a stop, got the ball back, so it kind of salvaged it a little bit, but we gave up too many yards, too many points in the passing game.” 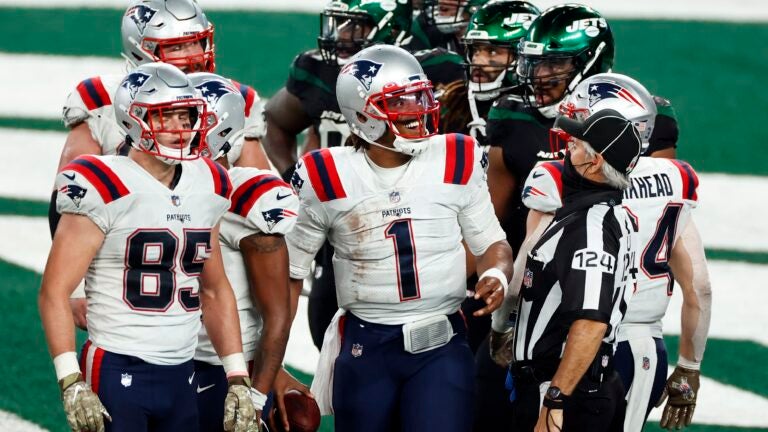 5 takeaways from the Patriots’ win over the New York Jets