Cam Newton has nicknames for many of his Patriots teammates.

Whether it’s “Dirty Dave” for center David Andrews or “Dolla Dolla Bill Y’all” for head coach Bill Belichick, Newton’s nicknames are, for the most part, creative.

But Newton’s nickname for kicker Nick Folk isn’t quite as creative. Newton calls him “Kicker Guy” but is seeking a better nickname for Folk. Despite having a back injury, Folk made three field goals – including the game-winning 51-yard field goal – in the Patriots’ win over the Jets.

So, with Folk performing despite the injury, Newton wants to give him a nickname after a Boston sports legend.

“I want to call him ‘Paul Pierce Guy,’ because he did kind of fake that he was injured, but came back and balled,” Newton told reporters Thursday.

What Newton is referring to is when Pierce left Game 1 of the 2008 NBA Finals due to a knee injury. Pierce was carried off the court by teammates but returned moments later, scoring 15 points in the third quarter to lead the Celtics to a win. Many believed that because Pierce played so well upon his return, he must have faked the injury. Of course, the Celtics would go on to win the NBA Finals over the Lakers with Pierce nabbing NBA Finals MVP along the way.

“That nickname came from ‘Home Alone,'” Newton said. “I thought Izzo kind of resembled Buzz, the older brother. So, Izzo, Buzzo, you see?”

Like Folk, punter Jake Bailey and long snapper Joe Cardona are nicknamed after the positions they play, being called “Punter Guy” and “Long Snapper Guy,” respectively. 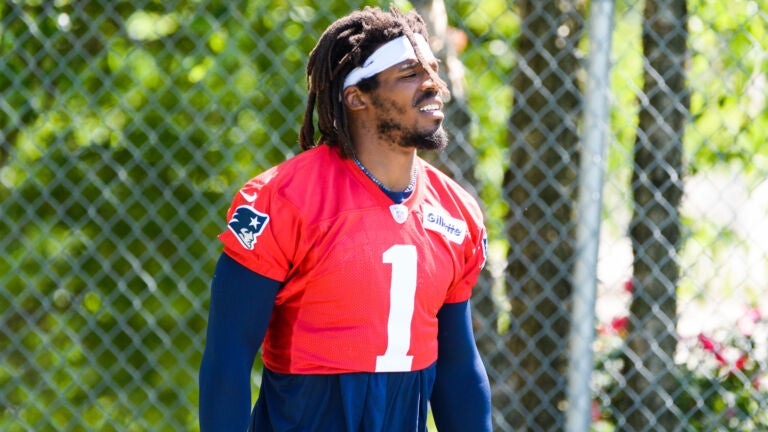