Sitting at 3-5 at the halfway point of the season, the Patriots are getting ready to host a 6-2 Baltimore Ravens team on Sunday, with little wiggle room left in the loss column if they want to have a shot at reaching the postseason.

It’s been a weird season for New England – its first without Tom Brady – and Cam Newton’s COVID-19 diagnosis earlier this season certainly has had a lot to do with the team’s uneven performance.

As the Patriots round the turn and head into the second half of the season, here’s who has stood out so far in 2020.

Uneven performances aside this season from Newton, take into consideration what the name of this award is: Most valuable player.

Did you watch the Chiefs game? Did you see how Brian Hoyer and Jarrett Stidham looked?

It’s been a difficult adjustment for Newton in his first season in New England. His positive COVID-19 test threw his season into disarray right when he was settling into a groove after a strong performance on the road against Seattle and then at home against Las Vegas, when the Patriots put up 36 points.

Newton is showing signs of finding that same groove again. His 90.1 QBR against the Jets was the sixth-best in the NFL in Week 9, and his best QBR of the season, even besting his rating from the Seahawks game in Week 2.

Since Newton was benched against the 49ers in Week 7, he has gone 40-for-57 for 234 yards, rushed for three touchdowns, and no interceptions.

Those who criticize Newton tend to forget the offensive personnel that is surrounding him. Couple that with the lack of preseason time he had with his team, and his COVID diagnosis, and it’s hard not to like what Newton has done in his limited time with New England. Without him, this team would likely be in the conversation for the #1 overall pick if it were Hoyer or Stidham in his place.

Rookie of the Year – Mike Onwenu

Sure, Bill Belichick hasn’t drafted particularly well in the last few years. No one’s arguing that at this point. But he did unearth a diamond late in the 2020 draft when he selected guard Mike Onwenu in the sixth round, out of Michigan.

“Mike’s not only a good player in terms of having position flexibility and the intelligence to handle different positions and different assignments and be on a different side of the ball, but his fundamentals and techniques are very good,” said Bill Belichick.

Onwenu’s performance is made even more impressive by his versatility, which has helped the offensive line overcome several injuries so far this season. Onwenu has played every position on the offensive line except center so far, and has even lined up as a jumbo tight end. Despite getting moved around, Onwenu has maintained his high level of play.

While Onwenu is the best new player on the team this year, we’ll go ahead and give this award to a free agent arrival. Safety Adrian Phillips was billed by many as a key free-agent signing for New England in the offseason, and he has lived up to the hype, playing several positions in the New England defense and leading the team in tackles with 56 total tackles, including 37 solo.

Phillips was thrust into the spotlight when safety Patrick Chung opted out of the season. With Chung out, Phillips has been the one that the coaching staff has called on the most to be the team’s hybrid box safety that functions as a pseudo-linebacker.

He’s responded well to the call, as Phillips is on pace to finish the season with 112 total tackles, which would surpass his career-high of 94. Entering this week, Phillips was third on the team in defensive snaps, an indicator of his value to the team.

The 5-foot-11 safety has performed admirably down in the box, against much bigger blockers, and it’s that versatility, along with his physical play, that has made him a key member of the New England defense this season.

Wide receiver Jakobi Meyers has emerged in a big way the last few weeks, as we explained earlier this week. Meyers’ 12-catch, 169-yard performance against the Jets on Monday night was a sign that his recent performance is no fluke, and that he’s here to stay, even when N’Keal Harry and Julian Edelman return.

Meyers may not be the fastest player, or the strongest one either. But he has a knack for getting open, and he’s one of the best route runners on the team. According to the NFL’s Next Gen Stats, Meyers averaged 4.08 yards of separation on Monday night against New York, a great mark compared to the league average of 2.85 yards of separation.

Meyers will face a tough test this weekend against a talented Baltimore secondary, and the Patriots will need him to step up once again, for them to have a shot at the upset.

The straw that stirs the drink. Were it not for Newton’s threat as a runner, this New England offense would be in even greater dire straits than it has been the last few weeks. Sure, the marks of the offense as a whole haven’t been great so far. But somebody’s got to win the award, right?

Jakobi Meyers has been making his case for this award in recent weeks, but it’ll take a greater sample size for us to declare him as the team’s best offensive weapon.

Defensive tackle Lawrence Guy has been Mr. Consistency from Day One of his Patriots career. He’s run into a bump in the road the last couple of weeks, missing last week’s game with a variety of injuries, but Guy has been a key part of the Patriots defense again this year. The team will need him to work his way back onto the field quickly, to help a porous New England run defense stop from becoming even worse.

Guy is tied for second on the team in tackles for a loss (3), and is the best defensive lineman the team has this year. An extended absence for Guy would be a killer for New England.

Gunner Matthew Slater is excellent still, and kicker Nick Folk was one of the stars on Monday night, but punter Jake Bailey takes the cake for how consistently great he has been this season. In just his second season in the NFL, Bailey is tied for fourth in the NFL in punts downed inside the 20-yard line, and is second in the league in net punt average.

Bill Belichick loves to wax poetic about NFL punters, such as the Rams’ Johnny Hekker prior to facing him in the Super Bowl. Well, now he can gush about his own punter, because Jake Bailey has become one of the best punters in the NFL this year. 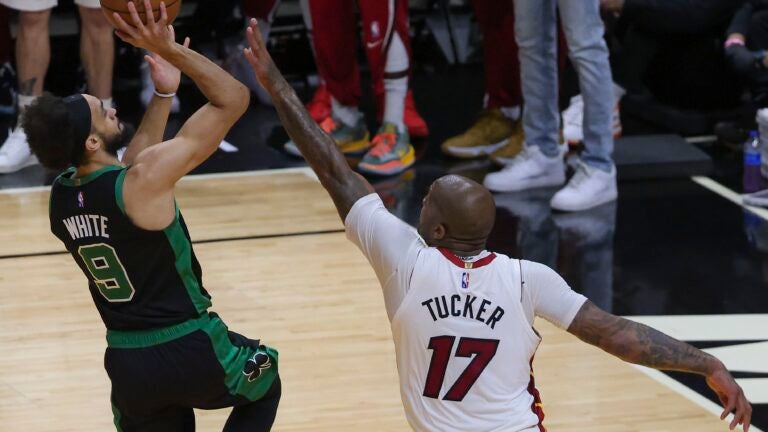