A week after turning in a career night as a pass-catcher against the New York Jets, wide receiver Jakobi Meyers on Sunday added another accolade to a steadily growing list when he threw the Patriots’ longest touchdown pass of the season.

Late in the second quarter, in New England’s matchup with the Baltimore Ravens, Meyers threw a 24-yard touchdown pass to running back Rex Burkhead. The strike gave the Patriots a 13-10 edge with 1:02 left in the half and highlighted a strong all-around start against one of the league’s elite teams.

Meyers, who was a quarterback in high school and was recruited to play the position at North Carolina State, showed he still has some skills as he executed a double pass to perfection. He caught a backward pass from quarterback Cam Newton, quickly shuffled his feet, and floated a high-arcing ball to Burkhead, who reeled it in with two defenders by his side.

Jakobi Meyers’ touchdown pass was the longest for the Patriots (24 yards) since the Elandon Roberts screen in Week 17 vs. Miami.

According to NFL Next Gen Stats, his touchdown pass had an air distance of 43.6 yards. That’s the second-longest air distance by a Patriots player this season, with No. 1 coming from Newton to Julian Edelman (54.4 yards) in Week 2.

The play resembled a double pass from Edelman to Danny Amendola, also against the Ravens, in the 2015 playoffs. 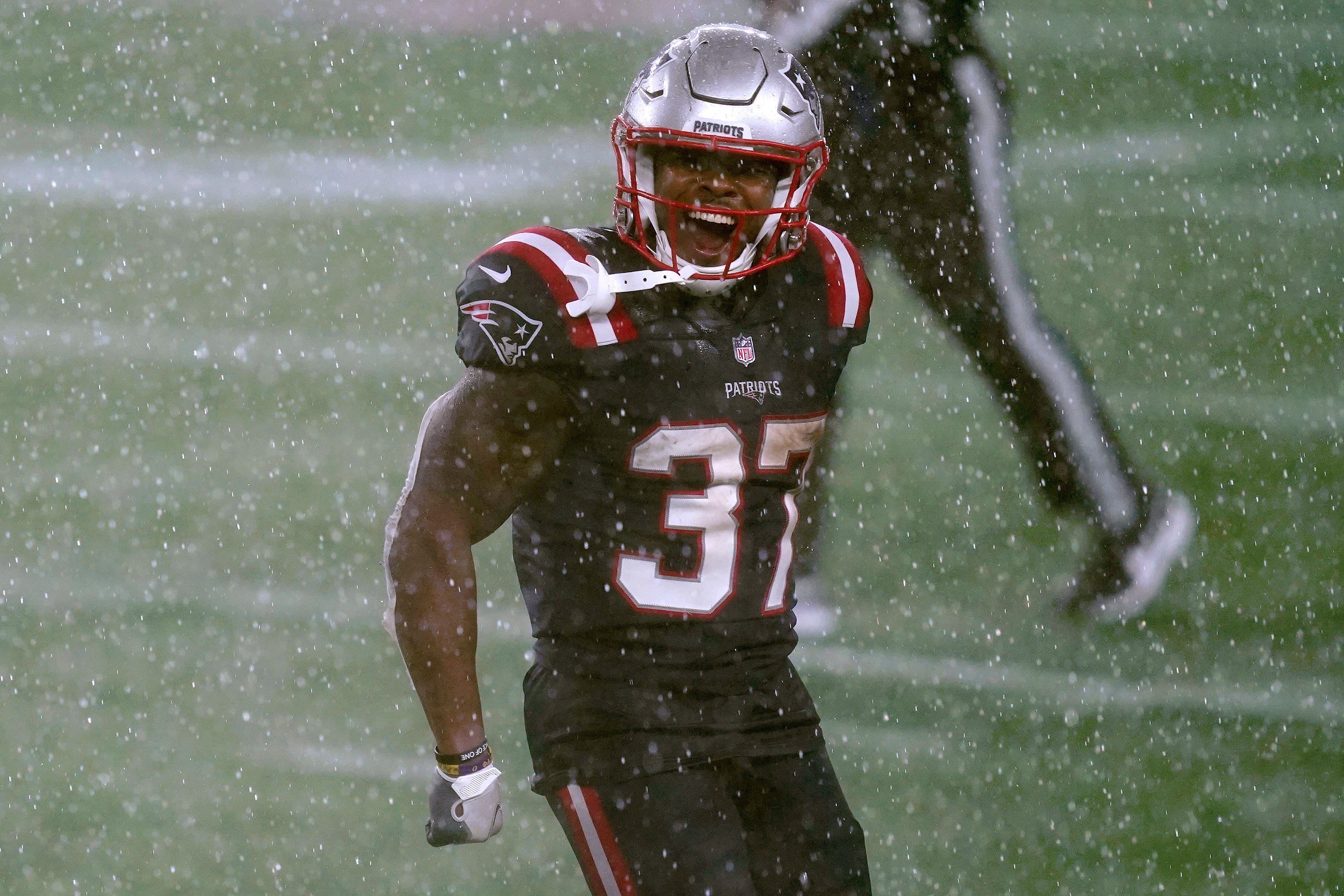