Five takeaways from the Patriots’ gutsy, resurgent 23-17 win over the Ravens …

A team worthy of respect

By the standard they’ve set for themselves over these past 20 years, and even by the standards being established by the clubs fighting to become heirs to their throne as kings of the AFC, these Patriots are a step below. Two months into this season, that’s apparent — and there’s been no short of pundits and observers who’ve pounced on the chance to point that out.

But, with the statement made Sunday night, let’s quiet the part of that conversation that has cast the Patriots as a lost cause or a lamentable disaster. Are they title contenders? No. Are they headed to the playoffs? It’s still unlikely. Might they be the third-best team in their own division? It looks that way right now.

However, they’re not nearly bad enough to think they should tank games to improve their draft slot, and they’re not so bereft of talent or belief that this post-Brady era is doomed for years to come.

Sunday affirmed that Bill Belichick and his staff can still put together a worthy gameplan when going up against a good team, that the guys on the field still buy in, and that there’s enough guts, guile, and grit under those Patriots’ uniforms to ensure that this group won’t go down easily, and is at the very least deserving of respect.

Yes, they’re still just 4-5. But beating the Ravens changes the look of that ledger. Sunday rates as their best win of the season, but in reality it’s their third victory against a team that’s currently sitting at 6-3.

Of the losses, they had chances on the final drive at Seattle and at Buffalo, both of which are division leaders. Beyond that, they held tough at Kansas City, hanging with the champs in spite of game-day travel and the absence of their quarterback.

All that considered, it looks now like the ugliest games — those defeats to Denver and San Francisco — were actually the outliers. Of the nine, those were the only two where the Pats were non-competitive, and where they never really looked right. Perhaps not coincidentally, those were also the two weeks when their practice schedule was most affected by Covid-19.

Ultimately, good teams find a way to win in the NFL. Teams that aren’t good find a way to lose. The Patriots haven’t been good enough this season. Nothing has been easy, and nothing figures to get any easier. It’ll be a grind from here forward.

But it’s time to retire the idea that this team isn’t tough enough, mentally or physically, to welcome the challenges that await.

Given that they scored just two touchdowns and 28 points over all of October, the doubts and criticisms levied against the Patriots offense have been well-deserved. But is it possible that — with a more routine practice schedule, a return to (at least the new) normal, and greater familiarity — the Pats’ attack has improved to the degree it’s at least legitimately respectable?

It’s starting to look that way.

The evidence began building in the second half of Week 9, when New England scored on all four of its possessions. The shortest was the eight-play, 45-yard drive that set up the winning field goal, while collectively they averaged more than 12 plays and 63 yards.

Those can be easily dismissed with five dismissive words about the opponents: That came against the Jets. Sunday night, though, it was the Ravens on the other side. And those Ravens came into Foxborough as one of the NFL’s toughest teams to sustain possessions against. Only two teams league-wide had been faster in getting their foes off the field. Only seven were yielding fewer yards on the average drive.

Yet here’s what the Pats produced on their first four possessions against the Ravens (discounting the kneeldown before halftime):

Combined with the second half against New York, that’s 507 yards and 40 points in eight possessions — half of them against the NFL’s No. 1 scoring/No. 8 yardage defense. On top of that, the ninth drive in that sequence started on a short field and came within a couple yards of cashing in for another score.

Are they as good as that output suggests? Probably not. And they still have a painful lack of big-play capability. But compared to where they were earlier in the year, and especially over the course of their four-game losing skid, they’ve at least made the case they can be competitive with the talent in-house. And that in itself is something to build on.

It’s impossible to not make a connection between the effectiveness of the offense and the unit’s ability to take care of the ball.

The Pats played turnover-free for the second straight game, and dating back to Buffalo their only giveaway over the course of three November contests was Newton’s fumble when he got careless by carrying the ball on his inside arm in the closing minutes against the Bills.

Not surprisingly, the Pats have appeared to have some semblance of an offensive rhythm in all three of those contests, and eclipsed the 20-point plateau in each. They’ve totaled 75 first downs in that span.

That’s night and day in comparison to the three previous games, when they committed 10 turnovers. All of those were losses. In none of the three did they score more than 12 points. And they mounted only 52 total first downs.

The improvement is a credit to Newton, and general attention to ball security — but to Josh McDaniels’s more pragmatic approach to playcalling, too. New England has managed to run the ball effectively, gaining 188, 159, and now 173 yards on the ground, successively, and in the meantime he has also found ways to make the passing game more efficient.

Newton hit 13 of 17 throws on Sunday, and just as telling was that he didn’t throw a pass to a receiver other than Jakobi Meyers. He threw once to tight end Ryan Izzo. The rest of his pass attempts were all to the running backs. Ahead much of the night, New England also leaned on Damien Harris (22 carries, 121 yards) and ran the ball at more than twice the rate it threw.

There was some trickery, when Meyers tossed it nearly 44 yards in the air for a touchdown to Rex Burkhead, and with such gimmicks comes some level of risk. But McDaniels has done a good job of mitigating risk recently, and reducing the chances of turnovers. It puts extra weight on execution, which remains something of a work in progress, of course.

But when they can avoid self-destruction, and can give themselves a chance to lean on their greatest strength (the offensive line), the execution has made enough progress to compete.

“I took it personal because, a couple games, I know what the stat line could be — or would be – without the turnovers,” Newton said. “The Patriots over the years have just been phenomenal, to say the least, when no turnovers are committed offensively.

“Me knowing that doesn’t make me play conservative, it just makes me play smarter and not be able to have that type of mentality as I had in the past, trying to do too much to make a play rather than just trusting in the plan.”

A subtle show of faith

Over the past couple of weeks, one of the more prominent narratives surrounding the Patriots has been the team’s perceived lack of talent. Belichick was questioned this week about the club’s struggles recent in the draft, and the week before that he even played into the narrative himself when saying that the team had “sold out” in its quest to win Super Bowls and implying that the current roster construction was reflective that the time had come to pay the price for those choices.

As confidence in this team eroded around the region, it had begun to appear even the coach wasn’t immune from that feeling. It had even crept into some of his in-game decisions.

Sunday night, though, he subtly offered a show of faith in his team as the end of the first half approached.

It came with 37 seconds left, just after the Ravens had fallen into third and nine from their own 26. Baltimore appeared in no rush to extend the half. The visitors looked content to let time expire if New England would allow it — and it wouldn’t have been a surprise if Belichick had opted to let it run. His underdog team could’ve happily taken a 13-10 lead to intermission, knowing it would get the ball to start the third quarter.

But Belichick banged the timeout. When he did, he told his defense it trusted them to not get burnt. And he told his offense he had enough confidence in them to think they might be able to do something if Cam and Co. got the ball back.

The risk was that Baltimore would take the stoppage and turn it into an opportunity — and the Ravens almost did. They converted the third and nine, then eventually advanced to New England’s 38. That was within range of at least an attempt from all-world kicker Justin Tucker.

However, Baltimore decided it wanted more than that, threw deep, and JC Jackson’s interception thwarted those designs.

With that, he at once helped the Pats’ keep their and he also rewarded the confidence of his coach. One victory for the moment — and one that could pay dividends moving forward.

With a trip to Houston waiting next weekend, the Patriots look poised to get back to .500. Win against the Texans (2-7), and the Pats will be 5-5.

Before anyone gets too excited about what that and a win over the Ravens might mean for the team’s playoff aspirations, though, they should look at what else happened in the AFC on Sunday. Because it didn’t exactly go in New England’s favor.

The Dolphins won a fifth straight. The Raiders won their third in a row. The Browns got back in the win column, too, a few days after the Colts beat the Titans to pull even atop the AFC South.

With all of that, there are now nine teams in the AFC with at least six wins. Of them, only the Bills (at 7-3) have not had their bye, meaning they’ve played the same number of games as the Patriots. That means they’re at least two games ahead of New England entering Week 11.

Barring Covid complications, seven teams will make the playoffs, including four division champs and three wild-card entrants. That means the Patriots would need to not only make up that ground, but barring a total Bills collapse that would bring the division back into play, the Pats would need to leapfrog at least three teams over the final seven weeks. Oh, and they’d need to do that while facing teams currently 6-3 or better in four of the five games that follow the trip to Houston. 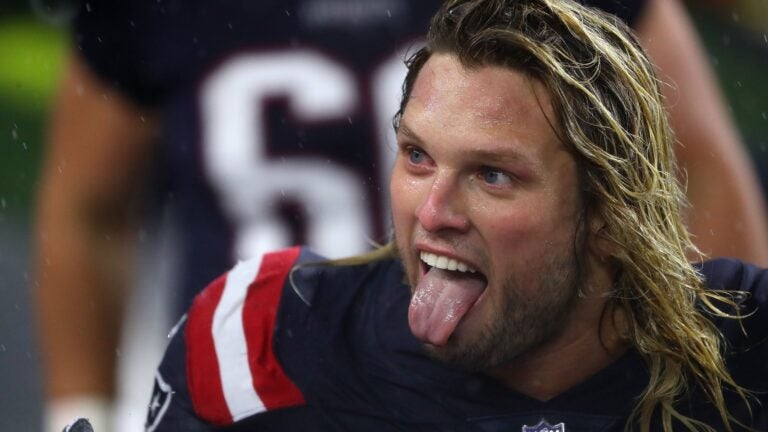 16 thoughts on the Patriots’ telling win over the Ravens