In his first few games back after testing positive for COVID-19, Patriots quarterback Cam Newton called his decision making “inexcusable,” said his mistakes were “unacceptable,” and that his recent performance was “sucking.”

Looking at the stats, Newton’s self-assessment is accurate. In his first three games after returning from COVID-19, Newton threw for 429 yards (an average of 143 yards per game), no touchdowns, and five interceptions. While he added two rushing touchdowns in that span, he fumbled the ball three times, losing the ball once — and the Patriots lost all three games.

Newton shared why his performance may not have been sharp, and why he still doesn’t feel on top of his game.

“Ever since coming back from corona, to be honest with you, I felt stagnant in my thought process,” Newton told reporters Thursday. “The play’s pre-snap production wasn’t happening fast enough for me in games. Did it happen in practice? Yeah. But still not fast enough. And even still now, I can get better.”

Newton, who didn’t feel any symptoms from COVID-19, didn’t attribute his issues to the virus. He said it was more about missing time on the practice field and forced virtual workouts during that time.

“No, it’s nothing [related to COVID-19],” Newton said. “It’s just the fact that I wasn’t able to do anything for that stint while I was off, and it showed. Coming back pretty much dry and knowing that as this offense goes, it evolves. And the mastermind behind everything with Josh [McDaniels], his mind doesn’t necessarily stop.”

“Whether it’s a new play, whether it’s something that we’re watching [from] back in 2002, 2011, ’12, he has a plethora of plays for certain defenses that we face that he goes to, and it all starts before the snap with identifying certain things. Identifying, communicating, with the offensive line, with the receivers, with the running backs — it’s my job to do so.”

Newton has bounced back over the last couple of weeks, leading the Patriots to a win over the Jets and an upset win over the Ravens. In both games, Newton’s thrown for a combined 392 yards and a touchdown while adding three rushing touchdowns. More importantly, Newton didn’t commit a costly turnover in either game.

While Newton has played better as of late, the only thing he cares about that’s happened over the last two games is that his team has won.

Newton will look to extend the Patriots’ winning streak when the team faces the 2-7 Houston Texans on Sunday. 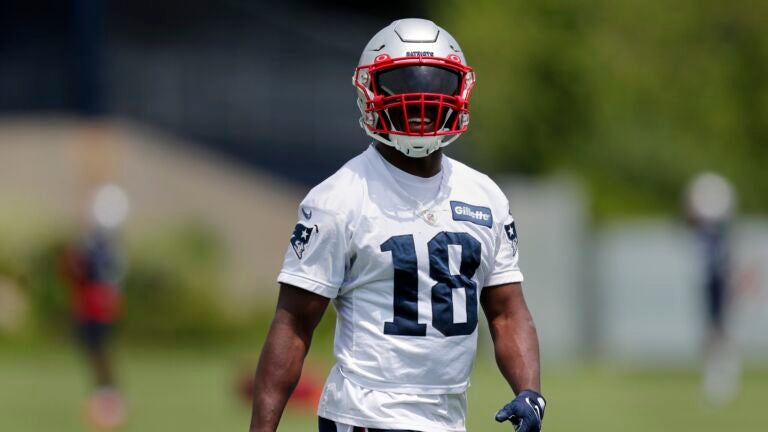