Cam Newton put up another solid performance on Sunday, but it wasn’t enough to get the Patriots a third straight win as they lost to the Houston Texans 27-20.

Newton and the Patriots had a chance to even the game up to send it to overtime in the final moments of the fourth quarter. New England had a 51-yard drive to move to Houston’s 24-yard line. However, with 1:18 left, the Texans blitzed Newton on fourth-and-4, forcing him to throw an incomplete pass as he was getting tackled.

The Patriots did get the ball back, but it was with nine seconds remaining at their own 29-yard line. After a nine-yard completion on the first play, Newton threw a 50-yard Hail Mary that was caught by tight end Ryan Izzo, but he was 12 yards short of the end zone.

Sunday’s loss marks the fourth time the Patriots had a chance to tie the game or take the lead in the closing moments of the fourth quarter. While the Patriots fell short again in the clutch moment, Newton is trying to keep the rest of his team encouraged.

“We just got to keep competing,” Newton told reporters after the game. “We’ve had a lot games that ended just like the way (it ended) today. We’ve just been on the short end of the stick. At the same time, it didn’t just come down to that play. We had other opportunities in the first, second, and third quarters leading up to that particular moment. We’ve just got to be better throughout the whole game offensively, defensively, and special teams and we will.”

The loss comes to the hands of a Texans team that was 2-7 entering Sunday’s game, with both wins against the Jaguars, who are 1-9 after their loss on Sunday. Newton didn’t view the Texans that way though.

“That team is not an indication of what their record says. We knew that,” Newton said. “They have a lot of talent on that team, especially defensively. Through it all, we’ve just got to take this opportunity and learn from it and just be ready to go next week.”

So, it was a bit of a surprise that the Patriots were only able to muster 86 rushing yards on 24 carries (3.8 yards per carry). Newton stepped up in the passing department, throwing for 365 yards, his second-most in a game this season.

Newton expressed some disappointment in the team not being able to “sustain drives.”

“With the defense like we played today, with such a strong front-seven, we’ve just got to sustain drives and keep them out there,” Newton said. “They typically don’t give up big plays, we knew that coming to this game. We’ve got to find ways to string together plays, run the football, keep them off balance with the passing (game).

“We were able to do that some, and sometimes we just got too one dimensional. But yet, through it all, we had our opportunities. Coach believed in us, and he leaned more so in the passing game today. We’ve just got to find ways to win.”

One of the beneficiaries of the heavy pass-attack was wide receiver Damiere Byrd, who hauled a career-high 132 yards on six catches. He also caught a 42-yard touchdown pass from Newton in the third quarter. Newton, who was teammates with Byrd for four seasons in Carolina, wasn’t surprised by Byrd’s performance on Sunday.

“Damiere is doing exactly what he’s been doing all year, pretty much in practice,” Newton said. “For it to show up in the game, Coach (Belichick) always talks about practice, preparation, and execution always turns into in-game reality. So, Damiere’s been doing a great job on those routes. For him to keep coming downhill and for it to show up on gameday, it just shows what he’s capable of doing today.”

While the Patriots did see success in the passing game, they still had some bad moments in that area. J.J. Watt batted down four passes in the game, causing trouble for Newton when he was in the pocket for much of the afternoon. Newton had high praise for the accomplished defensive end.

“He’s an all-pro, perennial all-pro. He’s a Defensive Player of the Year, one of the best players in this generation,” Newton said. “So for us, it is what it is. They get paid too. So for us to go against that, I’m not saying we fold up the tent, but at the same time, they’re going to make plays just like we’re going to make plays and we just can’t get bent out of shape when that happens. We just got to move on and still be able to move the ball like we did show sometimes today, but it’s not enough.”

Even though Newton had a good game, he still couldn’t help but harp on the offense’s failures at the end.

“For us, we’ve just got to play better offensively – myself included,” Newton said. “(We’ve) got to accept challenges when they come. Our defense did give us an opportunity at the end, holding them to a field goal. We’ve just got to keep, keep, keep thriving to be the best team we could possibly be.” 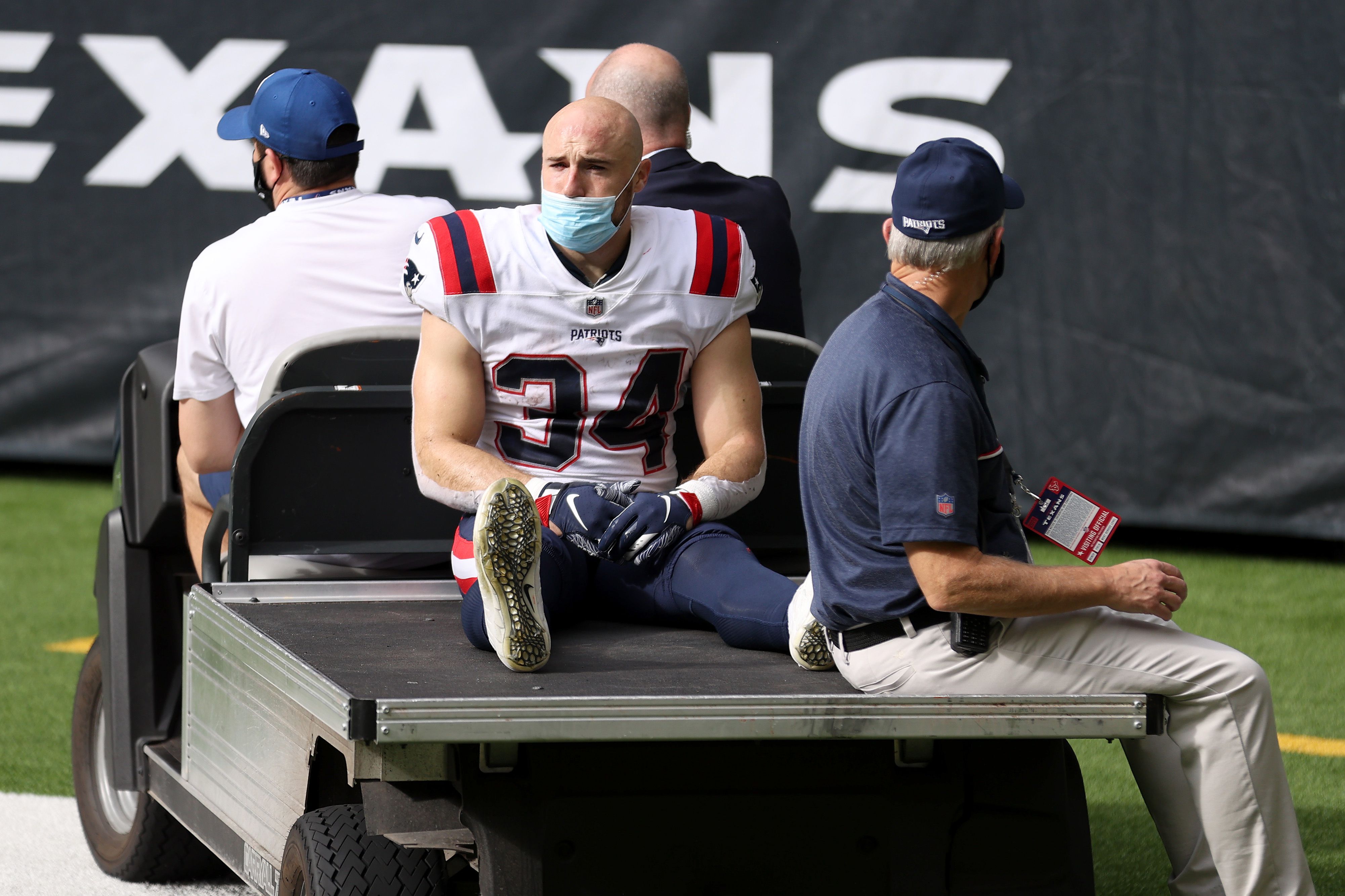