Barring an improbable winning streak and simultaneous collapses by three or four teams ahead of the Patriots in the AFC standings, the playoffs will march on without the six-time Super Bowl champs for the first time since 2008.

Welcome to the new reality, at least for this season, of being Just Like Everyone Else.

Presuming such an improbability never does occur, that also means that Cam Newton has six games left as Patriots quarterback before his one-year contract expires.

Human nature would suggest it would be natural to ponder what the future might hold. But Newton, during another engaging interview Monday on WEEI’s The Greg Hill Show, insisted he is not giving thought to whether he will be back in New England next season.

“Man, I have interest in winning the Arizona Cardinals game,’’ he said, citing the Patriots upcoming opponent. “How about that?

“There are so many things that — I don’t want to even harp, dwell, or even think — as the Bible says, my cup runneth over. Just trying to focus on the near future rather than the far future.”

It was a diplomatic answer, something he has a knack for – his graciousness a few weeks back when former Niners quarterback and accomplished doofus Jeff Garcia ripped Newton’s wardrobe choices was further confirmation that there’s a lot more nuance and thoughtfulness to  Newton’s personality that we were ever led to believe or, frankly, bothered to learn.

It was also the kind of answer any quarterback that can read the room as well as he can a defense should give the morning after a difficult loss.

His answer, as interesting as it might have been, was no surprise.

I suspect the answer here to a variation of that question that Patriots fans are asking themselves might be a surprise to some.

Should Newton return as the Patriots’ quarterback next season?

I’m all for it. I’d love to see him back next season, and all things being equal, I hope it happens.

I say this recognizing that Newton has significant flaws. For a veteran quarterback, it’s surprising how he struggles to feel the pass rush; you can yell, “Look out, Cam!” all you want at the television as a blind side rusher closes in, but he’s not going to hear you.

His lack of touch on passes in the flat and other short timing patterns is reminiscent of the version of Drew Bledsoe that became vulnerable to losing his job to sixth-round pick Tom Brady way back when.

At least three times now this season, Newton has failed to make the crucial play on a potential tying or winning drive.

I know, I should probably get around to making the actual case to keep him, right? Right. So here it is:

And perhaps most important, I can’t think of a better stopgap than Newton as the Patriots search for their next young quarterback to lead the franchise. (I say this knowing that if Jimmy Garoppolo becomes available, he’s probably Belichick’s choice as the stopgap.) It’s clear his teammates admire him –if anyone for some cynical reason still had doubts about the authenticity of his personality, those should have been erased for good watching how his teammates responded to him after the win over the Ravens.

He’s obviously a leader, and one who seems to have the state of his career in proper context. And when the Patriots do get that cornerstone young quarterback, Newton would make for a worthy mentor. He’s already done it for players like Lamar Jackson and Deshaun Watson. Imagine what he’d have to offer a young quarterback on his own team.

We can admit it now, if we haven’t been able to before. The Patriots need an influx of young talent on offense and defense. The next offseason, even the next two, and perhaps the next three, will be dedicated to finding those core contributors to the next great Patriots team.

Having Bill Belichick on the Patriots sideline remains a massive advantage, and they’ll win a game or two per season that shouldn’t just because of him. But to emerge from the pack again and stop being Just Like Everyone Else, the roster needs to get better. 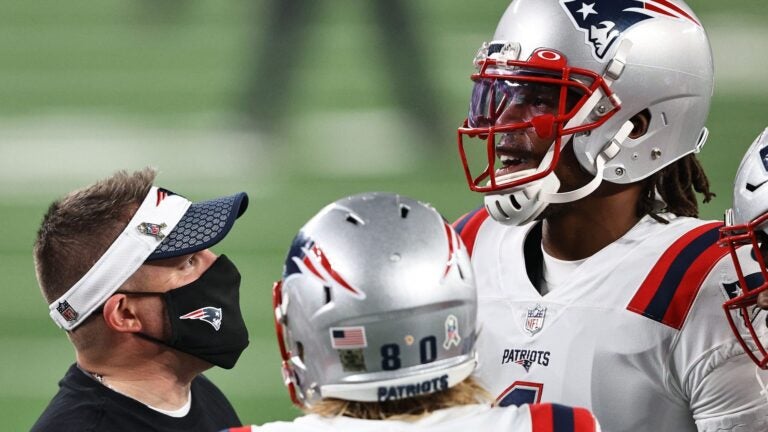