Patriots head coach Bill Belichick acknowledged that Sunday’s game against the Arizona Cardinals “couldn’t have started much worse than it did.”

Cam Newton threw an interception on the third play from scrimmage, and the Cardinals scored a touchdown three plays later. Less than three minutes in, the Patriots already found themselves in a hole.

The rest of the way, however, New England only allowed the team averaging the most yards per game to score 10 more points. Belichick’s defense registered a key stop to punctuate the first half and continued to stymie quarterback Kyler Murray and Co. from there en route to a 20-17 win.

Belichick said the Patriots “just kept battling” throughout the game.

Belichick said the Patriots played good complementary football and took advantage of some opportunities they were given. He noted that the leadership the captains and veterans have shown the past few weeks has helped bring other players up to speed. Even though New England trailed 10-0 after the 1st quarter, 10-7 at the half, and was in danger of allowing the Cardinals to take a lead late in the fourth quarter, the team still found a way to prevail.

“Really proud of the way these guys competed,” Belichick said. “Give them all the credit in the world for the final result. They played hard, competed for 60 minutes, made enough plays at critical times in the game to win.”

Belichick said that early on, the Patriots had trouble stopping a variety of outside runs. He praised Cardinals head coach Kliff Kingsbury for “creating conflicts” for the defense and called it “a challenge” to slow them down the entire game.

He said his son, outside linebackers coach Steve Belichick, made some good calls that put the right defense against a couple of the Cardinals’ outside runs. The Patriots, Belichick added, adjusted and played Arizona “a little better” as the game progressed.

“But look, they’re fast,” Belichick said. “I’m not going to say that the speed of the game wasn’t an issue. I mean, it’s always an issue when they have fast players, which the Cardinals do. I think it was just more that they got us on a couple of scheme plays.”

He said the Cardinals have opposing teams thinking about many different possibilities, from the passing game to run-pass options to the running game to misdirections, and more.

“It’s hard to play real aggressively against them because if you’re a step or two late on one thing or another, then you’ve really got a problem,” Belichick said. ” … Sometimes you’re a step later on where you’re supposed to be.”

The Patriots managed to hold Murray to his second-lowest passing total (170 yards) and third-lowest rushing total (31 yards) of the year, and it was the first time all season he’s been held without a passing touchdown.

He said Stephon Gilmore – who held the NFL’s leading receiver DeAndre Hopkins to five catches for 55 yards and no touchdowns – competed well and forced some throws from Murray. The Cardinals connected on some, but not all, and Hopkins never erupted for a game-changing play like he has so many times this season. Belichick called him as good of a receiver as the Patriots are going to face all year.

“We played some man, we played some zone, we blitzed ’em, pressed ’em, we rolled into ’em, we didn’t roll into ’em,” Belichick said. “Like I said, you just have to mix it up on them.”

Though the offensive effort was far from pristine – as quarterback Cam Newton finished 9 of 18 for 84 yards and two touchdowns – Belichick said Newton did a nice job of putting the Patriots in position to win the game on the final drive.

When asked if there’s any chance he’ll start Jarrett Stidham at some point, Belichick pointed out the Newton threw for over 350 yards last week against the Houston Texans.

“The most important thing is we made the plays we needed to make to win,” Belichick said. “That’s what the goal will be every week.” 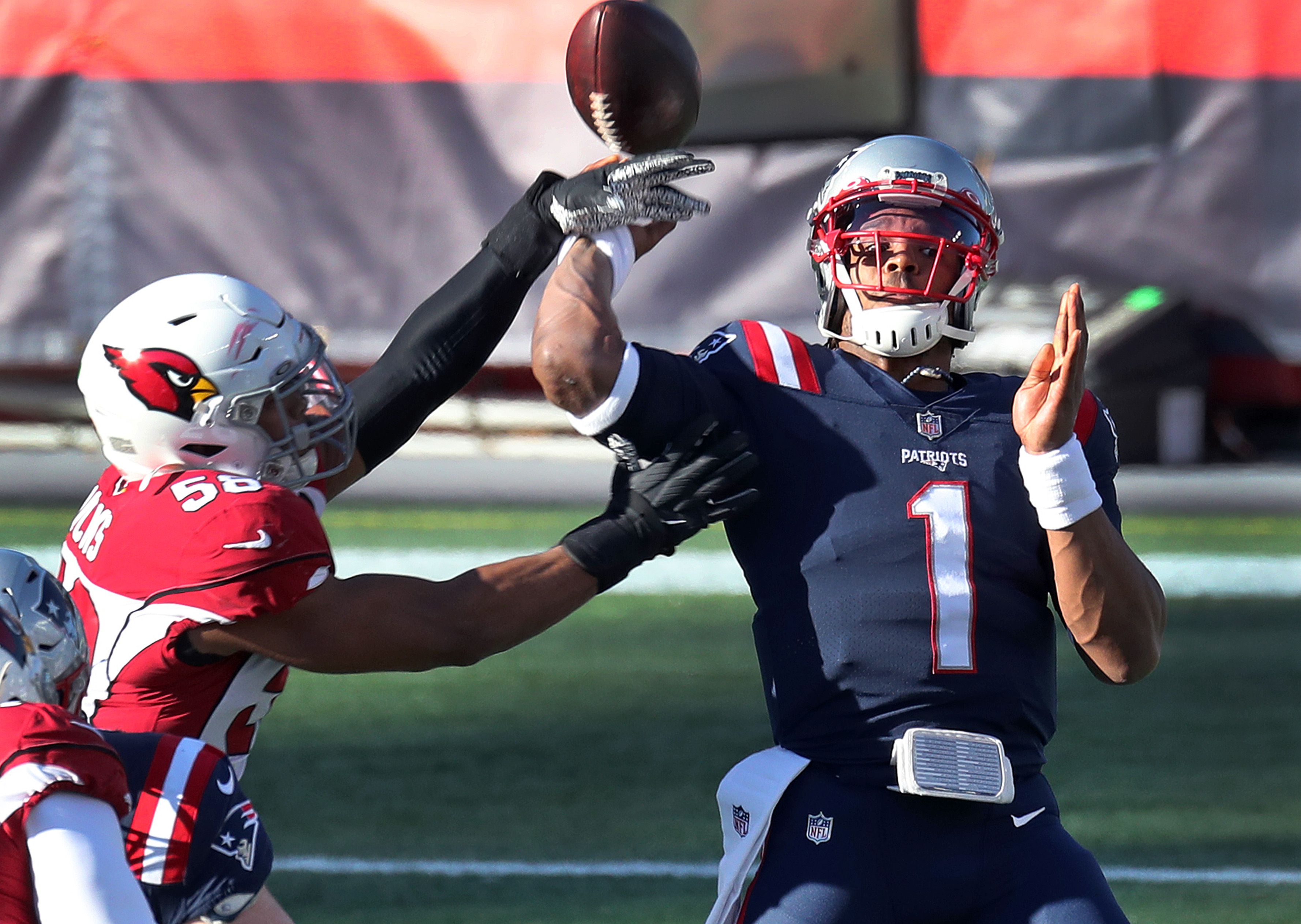 5 takeaways from the Patriots' hard-fought win over Arizona