Stephon Gilmore looked like the player that won the NFL’s Defensive Player of the Year Award last season in the Patriots’ 20-17 win over the Cardinals on Sunday.

Gilmore went up against star receiver DeAndre Hopkins for much of Sunday’s matchup, allowing just five catches for 55 yards. Those are both noticeably down from Hopkins’ season averages. Heading into Sunday’s game, Hopkins, who is third in the league in receptions and second in receiving yards, averaged roughly seven catches for around 91 yards per game.

After the battle against one of the league’s top receivers, Gilmore tipped his cap to Hopkins.

“For sure,” Gilmore told reporters when asked if Hopkins is one of the toughest players to cover. “You put the ball anywhere near him and he’s able to catch the ball. He’s a great receiver. [It’s] two great players competing against each other. We both like to play physical. That’s why you play the game. Playing against the best, I enjoyed it.”

Gilmore says it fuels him to go up against one of the best receivers in the game.

“I respect every receiver, but when I’m in between those lines, I don’t really have no friends,” Gilmore said. “I’m just trying to compete. I’m like a boxer out there. That’s how I look at it, it’s just competing. I enjoy those moments. I enjoy covering the best guy.”

“I’m confident in myself in covering whoever,” Gilmore later added. “I study film, keep things tight in those situations. I’m a physical player, I try to get my hands on guys. I enjoy covering the best guy and I do it every week.”

With five catches, Hopkins did win a few battles against Gilmore.

Outside of limiting Hopkins, the Patriots’ defense put up a good effort against the Cardinals’ offense, which was the second-best in the league entering Sunday. They allowed the Cardinals just 298 yards, down from their 414.3 yards per game.

The Patriots also held dual-threat quarterback Kyler Murray just 170 yards through the air (his second-lowest of the season) and 31 yards on the ground (tied for his third-lowest this season). They sacked Murray three times and picked him off on a ball that was tipped right when he threw it.

Gilmore credited the coaching staff for the strong team defense on Sunday.

“It’s a team effort,” he said. “Coach [Belichick] had a great gameplan. The guys up front played well in containing them and tried to play tight coverage on the backend and play smart. We all know there’s 11 guys doing their job is what it takes to slow down their offense.”

Thanks in part to the strong defensive performance, the Patriots were able to pull out victorious in a close game, something they’ve struggled to do this season. Gilmore stressed the importance of winning these types of games, especially as the Patriots seek to make a late playoff push. 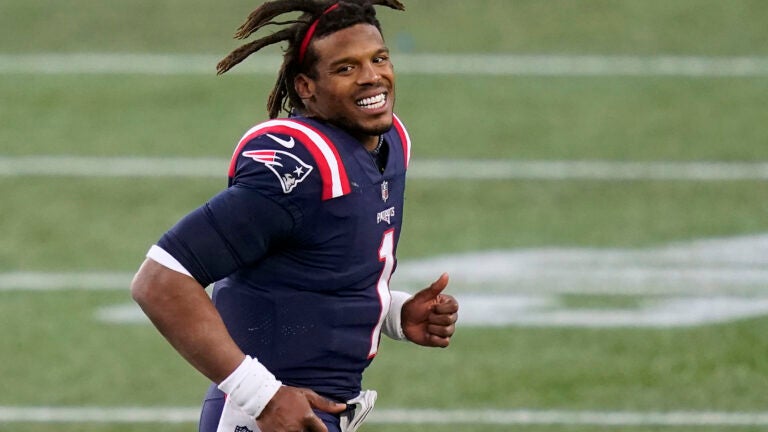 15 thoughts on the Patriots’ 20-17 win over the Cardinals