The Patriots entered Sunday’s matchup with the Los Angeles Chargers as 1.5-point underdogs.

They left as 45-point winners.

New England steamrolled the Chargers, 45-0, becoming just the third underdog in NFL history to win by at least 45 points. It was the kind of performance Bill Belichick loves – where complementary football reigns supreme.

Patriots closed as 1.5 point underdogs. They become just the third underdog in NFL history to win by at least 45 points pic.twitter.com/bGFt6rWQ24

This was the second-largest shutout win in Patriots history, trailing only their 59-0 win over the Titans in 2009. It’s their 12th shutout overall under Belichick, and it’s the largest road shutout victory by any team playing a game in the Pacific Time Zone in NFL history.

From @ESPNStatsInfo: 45-0 is the 2nd-largest shutout win in Patriots history, trailing only their 59-0 win over the Titans in 2009.

One of the main reasons for their success, among others, is the way the defense played all game. Chargers quarterback Justin Herbert came in as one of the NFL’s more dynamic playmakers on the season, but the Patriots ensured he completed fewer than half of his passes.

Safety Adrian Phillips, who registered a team-high 12 tackles against his former team, said that when the defense is “ballin,'” turnt up,” and “going crazy,” the offense sees that and gains confidence, and vice versa. Playing well is contagious, and he was proud of the defense for helping to set the tone Sunday.

“You see the look in the eyes of your opponents,” Phillips said. “You see how it just deflates them mentally. It’s all a confidence builder. Then you get more confidence in yourself, and you start to get a little more swag, and you start to go out there and be more free. It’s just a great feeling.”

“You see the look in the eye of your opponents. You can see how it just deflates them mentally. It’s all a confidence builder,” Adrian Phillips after a 45-0 win over his former team, the Chargers.@ABC6 #GoPats #NEvsLAC #Patriots pic.twitter.com/rD2kx7VzAV

Wide receiver Gunner Olszewski joked that Winovich caught his interception by accident, saying “he wasn’t even looking at it.” Winovich said his teammates call him “ballhawk,” then he clarified that he was kidding.

The Chargers finished with just 70 rushing yards and looked out of sorts all day. Even late in the game, when Los Angeles made its way into New England territory, the Patriots came up with yet another defensive stand to preserve the shutout.

Phillips acknowledged that “you always want a goose egg,” and he said this one was especially sweet because it came against a formidable offense.

“It was important,” Winovich said. “It puts an exclamation point on the day, but this game was already over. It’s time to prepare for the Rams.” 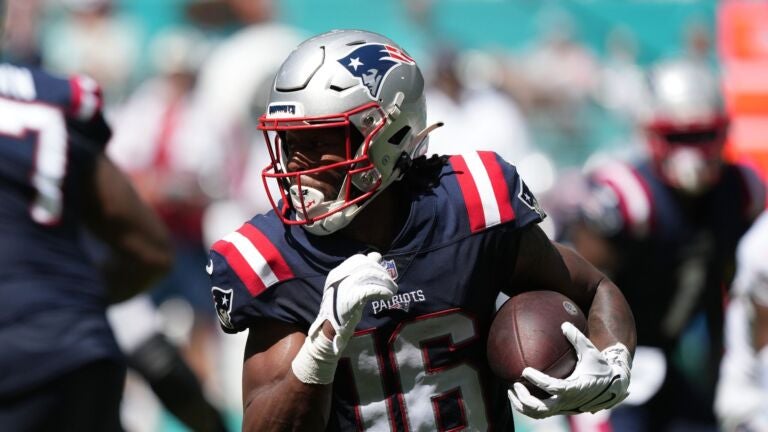 Jakobi Meyers ruled out for Patriots against Packers