Sunday was a special day for Devin McCourty.

However, the touchdown was only part of McCourty’s special day. This week is “My Cause, My Cleats” week in the NFL, a week in which players can wear cleats to highlight special causes they support.

For this season’s “My Cause, My Cleats” game, McCourty decided to represent a cause that’s close to him. McCourty and his wife, Michelle, lost their third child, Mia, in May due to a pregnancy that resulted in a stillbirth. On Sunday, he wore cleats that represent the TEARS Foundation, an organization that financially helps families who have lost a child.

By wearing those cleats, McCourty knew something special was going to happen during Sunday’s game.

“I knew today that I was going to score,” McCourty told reporters after the game. “I just felt special today representing the TEARS organization for child loss. Just knowing that my wife would be back home watching. The cleats have rainbows on them and ‘hope’ and ‘love’ and I felt like that today. I knew I’ll find a way to get into the endzone so she could see it and the rest of my kids would see that. It was cool.”

“As soon as I scooped [the ball] and scored, all I could think about was Cody [Davis] really did the hard work. He probably was about to pick it up and I ran in there and got it in front of him. He really made it happen and I was just lucky enough once I got it to get in the endzone.”

McCourty shared that the most difficult part of the play was just picking the ball up cleanly.

“You’re trying to scoop it and get away, because you know if you can get your hands on it there’s not many people on the field goal team that are going to be able to catch you,” McCourty said. “But if you can’t get it cleanly, then usually you’ll get tackled. It was just trying to track the bounces and then get it. If I got it or Cody got it nobody was going to catch us. Cody was moving too. It was just getting it clean and being able to go.”

The score gave the Patriots a whopping 28-0 lead going into halftime. While the Patriots still would’ve been up by 18 points if the kick was made, McCourty believed his return was the key momentum play.

“It was huge. As a team, we talk about that first half to second half swing,” McCourty said. “…[The Chargers] converted a big third down to get into deeper field goal range. So to block that and not only block it but then put another seven points on, it really changed the momentum going into half. It really changes the outlook for how the Chargers had to open the second half. Now you’re down four scores. You really have to get going to try and get points. It really changed the flow of the game.”

Devin McCourty scoops and scores the blocked punt for SIX.

The second special teams TD for the @Patriots today. #GoPats

All in all, Sunday was by far the best performance of the Patriots’ season. It also marks their second straight win after defeating the Cardinals last week and their fourth win in their last five games.

New England now sits at 6-6, and McCourty likes how the team is performing as the season enters its final quarter.

“These last two weeks showed as a team our identity and when we play our style of football, we’re a good football team. We just need to make sure we impose our will every time we step on the field,” McCourty said. “We have a quick turnaround against a really good Rams team and we’ll have to get that going again Thursday night.” 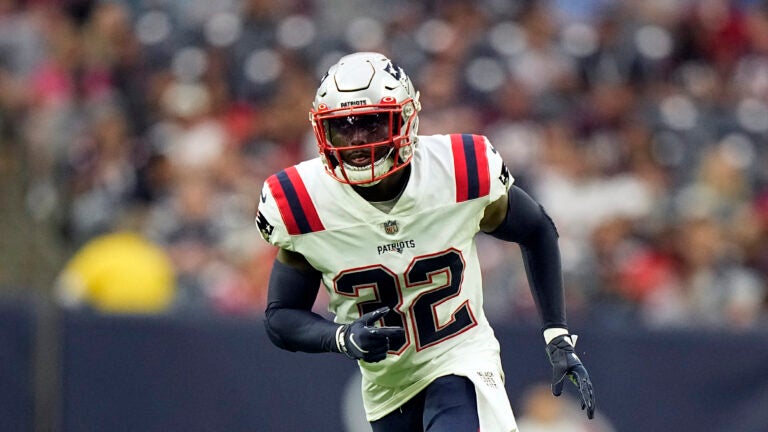