Ernie Adams is the Patriots’ man of mystery.

Adams, the Patriots’ director of football research, keeps a low profile, but he’s one of coach Bill Belichick’s closest confidants.

The Patriots peeled back the curtain — just a bit — to reveal some of what Adams does for the team in a video narrated by special teams ace Matthew Slater that was posted Sunday, ahead of New England’s game against the Chargers in Los Angeles.

Adams discussed his role, his relationship with Belichick that spans half a century, and why his approach to football has been integral to New England’s success over the last 20 years.

From his passion for the game to his tactical expertise.

Behind the scenes with Patriots Director of Football Research, Ernie Adams, presented by @Bose. pic.twitter.com/ONcWagwtQK

Adams, a Massachusetts native, met Belichick in 1970 when they were on the offensive line of the Phillips Andover football team. Belichick was the center and Adams played guard. Belichick’s father, Steve, wrote a book on coaching football that piqued Adams’s interest.

“I knew who Bill was because I read his dad’s book. Of course, that probably caught Bill a little off guard,” Adams said.

“He mentioned he had read my dad’s book, which not too many people had,” Belichick said. “It’s really a technical book and a coaching book. He mentioned that really early. It might have been in our first meeting.”

After graduating from Northwestern University in 1975, Adams joined the Patriots as an offensive assistant under Chuck Fairbanks. Belichick and Adams reunited in 1979 when they both joined the Giants’ coaching staff.

When Belichick left New York to become the head coach of the Browns in 1991, Adams went with him, as an offensive assistant. Adams left in 1995 to work on Wall Street after Belichick was fired, and reunited with his old friend and began his current role in 2000, when Belichick became the Patriots’ coach. It’s that lengthy friendship, Belichick says, that gives him peace of mind when scouting an opponent.

“There’s a ton of value in a person that I like to bounce things off of, or he’ll make suggestions and give me ideas of things that we might have overlooked,” Belichick said.

Adams says he works on a number of facets of the game, including coaching, scouting the draft, and managing the salary cap. He’s in the coaches’ booth for every game with a direct line to Belichick’s headset.

“I’ve had my chance to put my fingers in a lot of pies. Hopefully I haven’t messed them up,” Adams said.

In the video, Adams provided an example of how his work and his institutional knowledge of the game has paid off for the Patriots.

During the 2002 Snow Bowl against the Raiders, the Patriots needed a stop on third and 1 in the fourth quarter.

Adams thought back to a 1981 game between the Giants and the Rams where Adams, then an assistant, watched then-Giants defensive coordinator Bill Parcells call a goal-line defense out in open field to get a stop. Adams says he called down to the field from the booth and told Belichick to implement a goal-line defense against Oakland, which Belichick did. The Patriots got the stop, and the rest, well, is history.

“That won a game for us against the Rams in 1981. I guarantee you nobody remembers that game,” Adams said. “Everybody in New England remembers the Snow Bowl.”

Adams has been a part of every Patriots Super Bowl victory, plus two with Giants when Belichick was also on the staff.

“Ernie’s a friend first and an associate second, but we’ve had a long history together, and a good one,” Belichick said. “I appreciate everything he’s done for me, which is a lot.” 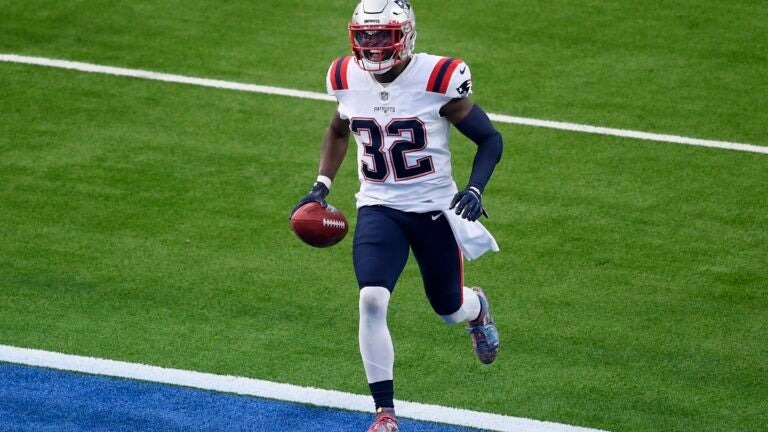 Watch Devin McCourty return a blocked kick for a touchdown