The Patriots are having themselves a day on special teams.

First, Gunner Olszewski returned a punt 70-yards for a touchdown early in the second quarter to give the Patriots a 14-0 lead over the Chargers.

After a Patriots touchdown drive late in the first half, the Chargers drove the ball to New England’s 41-yard line — setting up a 58-yard field goal attempt with three seconds remaining before halftime. Kicker Michael Badgley’s attempt was blocked by Cody Davis, as Devin McCourty scooped up the ball and returned it for a touchdown, giving New England a 28-0 lead going into the locker room.

Devin McCourty scoops and scores the blocked punt for SIX.

The second special teams TD for the @Patriots today. #GoPats

The touchdown is McCourty’s second of the season and the third of his career. He picked off Russell Wilson and returned the interception for a touchdown in the Patriots’ Week 2 loss to the Seahawks. 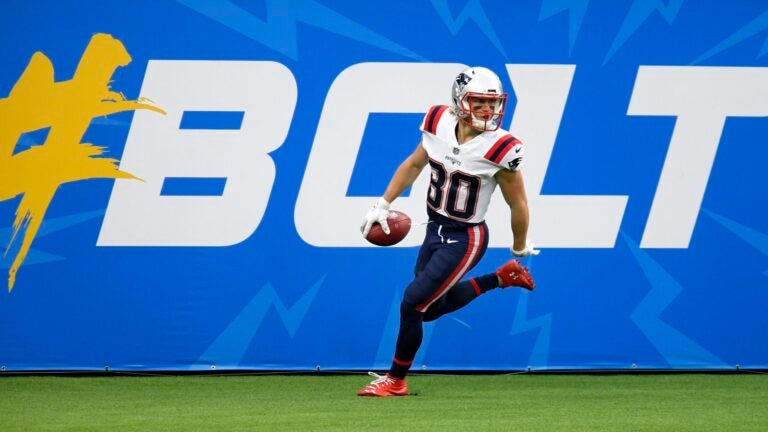 'I think the football gods rewarded him today.' A look at Gunner Olszewski's breakout performance.