In Gunner Olszewski’s eyes, his first NFL touchdown should have come last week.

“It ain’t our fault the first one got called back. The game’s getting soft,” he said with a grin.

A week after nearly returning a punt for a TD against the Arizona Cardinals, Olszewski was able to do so in the Patriots’ 45-0 triumph over the Los Angeles Chargers. It was the Patriots’ first punt return for a touchdown since 2014.

Olszewski also added a 61-yard punt return and a 38-yard receiving touchdown in the fourth quarter – and he even recorded a tackle – turning in by far his most complete game as a pro Sunday.

Against Arizona, an 82-yard return was called back due to an illegal block from Anfernee Jennings. This time, Matthew Slater and Rashod Berry helped legally clear a path, and Olszewski sprinted to the end zone for a 70-yard return early in the second quarter.

He managed to stay inbounds, despite veering dangerously close to the sideline, and helped push New England to an early 14-0 lead. Olszewski said he messed with Jennings afterward, telling him he was glad he wasn’t on the field this time around.

Gunner returns it 70 yards for the #GoPats score!

Olszewski, who joined Julian Edelman, Irving Fryar, and Stanley Morgan as the only players in franchise history to have a punt return touchdown and receiving TD in the same game, was in great spirits afterward. He said he plans to savor the moment with his parents.

“They had a couple beers to celebrate,” Olszewski said. “Or maybe a bottle of champagne.”

He finished the evening with the second-most punt return yards in Patriots history (145) on just three returns. Olszewski, in his second year out of Bemidji State, has shown his explosiveness and playmaking ability in recent weeks.

The touchdown, which came on a pass from backup quarterback Jarrett Stidham, was his first offensive TD since youth football. He was a cornerback in college but believes the work he’s put in has prepared him for this opportunity. His connection with Stidham was also crucial, he said.

“I’ve caught a million footballs from Jarrett over the summer,” Olszewski said, noting that they locked eyes and he knew the ball was coming to him.

For a player looking to find the end zone – who had a TD stripped away a week ago – this was a milestone he’ll always cherish. Head coach Bill Belichick credited him for having “a big heart” and playing hard. Fellow special teams catalyst Matthew Slater said Olszewski is gaining confidence and is a “difference maker.” Those traits were on full display Sunday. 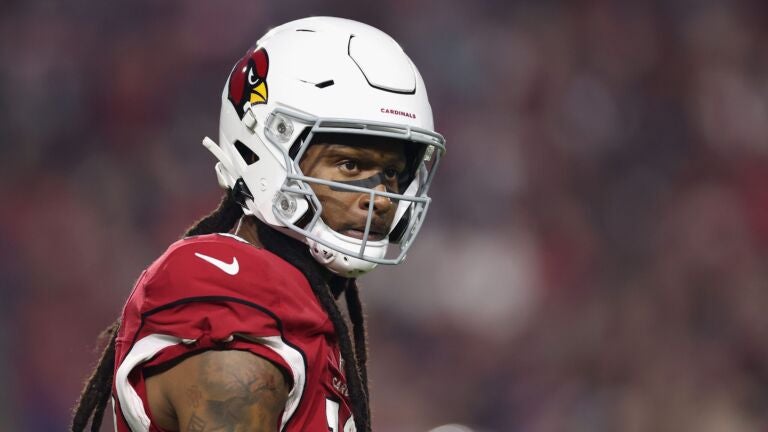