“Cam’s certainly been the best option for us all year long, since he earned the opportunity in training camp,” McDaniels told reporters Friday.

McDaniels said he understands that when the offense struggles, the attention will often inevitably turn to the quarterback position. In his eyes, there’s a lot more that goes into the overall product than that, and he said QB play is dependent on many other areas.

Newton is 199-of-301 (66 percent) in the air, for 2,172 yards, five touchdowns, and 10 interceptions, and he has a quarterback rating of 78.9 this season. Even so, McDaniels doesn’t question Newton’s fit or his ability to produce.

“Cam works hard,” McDaniels said. “Cam knows what we want to try to do to win, Right now, there’s a lot of things we can all do better.”

Backup Jarrett Stidham replaced Newton in the fourth quarter Thursday in the Patriots’ 24-3 loss to the Los Angeles Rams, but Belichick quickly dismissed the notion that the change could be permanent.

McDaniels said the biggest body of work the Patriots can see from Stidham is in practice. In some ways, McDaniels said, Stidham has made the most of his opportunities. In others, there’s still room to grow and areas to “fix and tweak” moving forward.

Stidham is 18-of-33 (54.5 percent) for 212 yards, two touchdowns, and three interceptions for a QB rating of 56.6 in limited action this season. McDaniels hopes the 24-year-old continues to improve through watching tape and fine-tuning his mechanics.

“He’s certainly made progress in some areas and he’s got room to grow as well,” McDaniels told reporters.

The Patriots are set to face the Miami Dolphins on Sunday, Dec. 20, at 1 p.m. 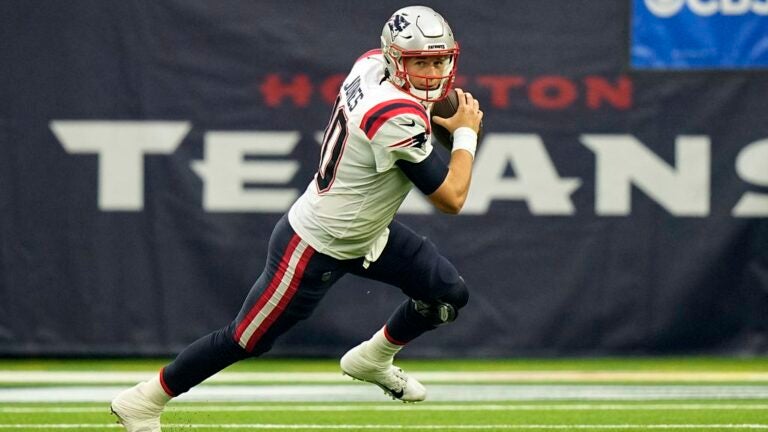 Patriots come back to defeat the Texans 25-22