Many fans around New England are ready to see the Patriots start Jarrett Stidham over Cam Newton after the team fell to 6-7 on the year with a convincing 24-3 loss to the Los Angeles Rams Thursday night.

Newton struggled again against the Rams — he was 9-for-16 for 119 yards, and his first-half pick-six on Thursday helped set the tone for New England’s anemic offense. Stidham replaced him with just over 10 minutes remaining in the fourth quarter and the game all but decided.

Bill Belichick, however, has no plans to change anything. He tersely informed reporters he had “answered that question for the last time” when a reporter queried him repeatedly on Friday about starting Stidham over Newton. Following Thursday’s loss, Belichick told reporters emphatically multiple times that Newton will continue to start, even though he said he remains high on Stidham going forward.

“If the greatest coach in all of football thinks that Cam gives them the best chance to win, and he’s watching practice and I’m not, then I am going to go with the greatest coach in football,” Lombardi said. “Because I don’t see Stidham practice. You don’t see Stidham practice. He knows more than we know when he watches practice. It’s easy for us to say, ‘Go to Stidham.’ That’s the easiest thing to do. But, we have no evidence to say it. It’s just a guess. It’s not based on fact.

“Plus, Cam has a presence in that locker room that the players respect him, whether we think he’s played good or not, they respect him. They admire him and he leads the team. You make one move, it’s just not as easy as — it’s not a hockey shift, and we’re going to move the lines. It has more antennas to it and more tentacles to it, and you have to answer those questions.”

Newton was asked about potentially losing his starting role after Thursday’s game.

“That’s not my call,” Newton said. “I’m just doing what I’m asked, with the mentality of getting better, and that’s what I keep planning on doing.”

The Patriots travel to Miami to face the Dolphins on Sunday, Dec. 20 at 1 p.m. 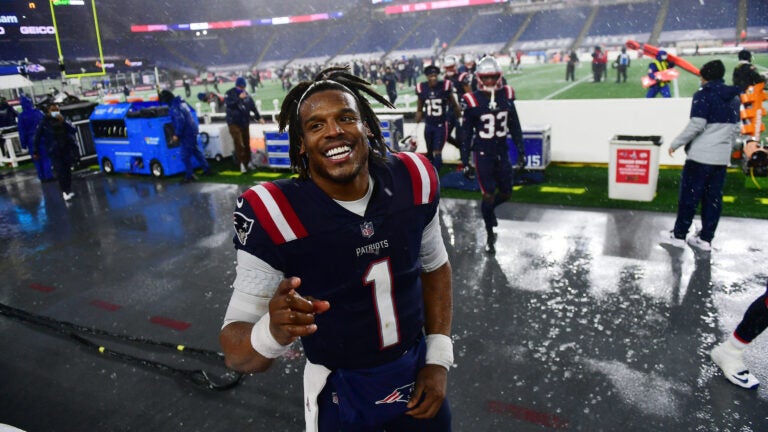