Talking about who the New England Patriots should be starting at quarterback in recent weeks has become a very touchy subject.

On one side of the aisle, you have those who believe that the struggles of the New England offense don’t rest on the shoulders of Cam Newton, and instead are due to the lack of talent that Newton has to work with.

On the other side, you have those that are calling for Newton to be benched in favor of Jarrett Stidham. After all, throwing for five touchdowns and 10 interceptions with a 78.9 passer rating is nowhere near acceptable for an NFL starting quarterback.

Advertisement:
As with many hot button topics in the Boston media market, the debate over whether Newton should be benched requires far more nuance than many are willing to give it.

Both sides have points: Newton does not have even a league-average supporting cast around him. It’s hard to have success for any quarterback when your No. 1 wide receiver is an undrafted second-year player and you lack a capable receiving tight end.

But Newton deserves fault too for what has gone on this season. He has yet to look comfortable in the New England offense, and has struggled at various points this season. Newton has thrown for 272 yards in the last three games total, and since the Patriots’ Week 9 win against the Jets, has a completion percentage over expectation (CPOE) of -0.3, which is 20th among NFL quarterbacks.

The debate over starting Stidham does not center around performance though. It has to do with preparing this team for the future, one that may not have Newton in it past this season. Here are two reasons why New England should start Stidham to finish out the season.

Evaluating the team’s need for a quarterback

Can the Patriots win a Super Bowl with Cam Newton as their starting quarterback?

Are the Patriots going to have a Super Bowl-caliber roster around Newton, especially on offense, as soon as next year?

Because New England’s window to contend is likely getting smaller, Newton, at 31 years old, may not be the best fit for this team in 2021 and beyond. Giving those reps to a young quarterback, whether that be Stidham, or a rookie next year, may be the better long-term route to take.

By starting Stidham, the team can get a sense for if the second-year quarterback has any real potential as a starter in this league.

“But…11 percent of Jarrett Stidham’s pass attempts have ended in an interception! He’s not good!”

Those that criticize Stidham’s ball security have a point, as that is something he has to improve on. But the game situation also has to be taken into account when evaluating Stidham.

It’s hard to get a good read on a young quarterback when he’s coming in late in a blowout game, in which pass rushers can pin their ears back and get after the QB in obvious passing situations.

Stidham deserves the chance to show what he can do as a starter, with at least a full week of preparation under his belt. He has yet to get that opportunity in his career.

Newton might not want to return next season, even if the Patriots want him back.

And could you blame him, with the lack of weapons he’s had to work with this season? Seriously, New England has arguably the worst skill position talent of any NFL team this year. It’s that bad.

Now, the Patriots have a lot of cap space to work with this offseason, and there are several top-flight wide receivers that will be free agents this offseason. They could bring in someone like Allen Robinson, and hope that a Newton-Allen Robinson pairing would do wonders next season.

But the team also needs to be ready for a scenario where Newton leaves as a free agent himself this offseason. Newton hasn’t given any signals publicly about re-signing with the team, and New England has to at least consider a world in which Newton signs with another team after this season.

If Newton leaves, the Patriots will need to make another move at quarterback in the offseason. Starting Stidham for a couple of games to end the season will give the team an idea whether they have the answer internally, or whether they need to focus on finding a solution either in the draft or in free agency.

Now, of course, this is somewhat of a moot discussion at this point, as Bill Belichick definitively stated after the Rams game, “Cam’s our quarterback,” heading into New England’s matchup with the Miami Dolphins.

But a loss for the Patriots at Miami would mathematically eliminate New England from playoff contention, removing one more reason for Belichick to keep Newton as his starting QB. At that point, there is virtually no downside to playing the kids, at several positions, and getting a head start on evaluating the roster for next year.

Belichick has often shown a forward-thinking approach when it comes to his roster management throughout the years. Starting Stidham would fit with that mindset, and with each loss this team accrues, becomes the more obvious choice. 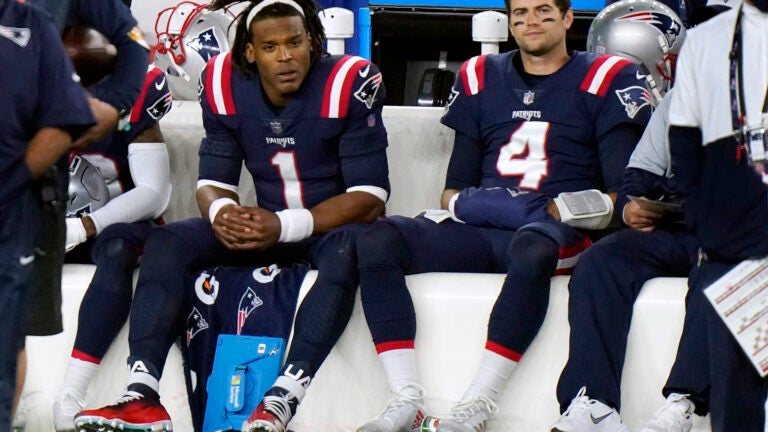