The New England Patriots nominated Devin McCourty for the NFL’s Walter Payton Man of the Year award — the safety’s fourth nomination from his franchise.

The Walter Payton award — for which McCourty was previously nominated in 2014, 2015 and 2018 — honors a player for “outstanding community service activities off the field, as well as excellence on the field.”

McCourty’s resume is lengthy. As laid out by the Patriots in a press release, he is a member of the Players Coalition Task Force, Chair of the Players Coalition Education and Economic Advancement Committee. He was also an advocate for several successful pieces of legislation in Massachusetts. Both Devin and his twin brother, Jason, have raised more than $2 million to support research and families affected by sickle cell disease. The brothers also purchased $90,000 worth of Chromebooks for students who did not have access to computers at home and made a $50,000 donation in early October to support technology needs for underserved high school students, as the COVID-19 pandemic forced kids out of schools and into their homes.

Still, McCourty told reporters via Zoom on Wednesday that after this year, it’s someone else’s turn to be the nominee.

“I did tell Mr. (Robert) Kraft, this is the last time,” McCourty said. “After this, no more nominations. It has to go to somebody else.”

“Any time I get recognized, I truly feel like I represent every guy in this locker room whose name could’ve been recommended for the Walter Payton Man of the Year,” McCourty said. “This team is full of great guys who care a lot of about other people, and I would say care more about their families and loved ones than they care about themselves. I’ve just tried to follow that.”

McCourty hopes to be a role model for younger players coming into the league.

“I try to be an example for guys who first come into the league of how you can have a huge impact off the field and on the field,” McCourty said. “For me, I’m going to continue to try to do that.

“My mom has done an awesome job with all my brothers of instilling in us how to give back, how to make a difference. Everything I do is to try and make her proud. It’s been awesome to be here in New England be a part of the community and represent so many great people and the organization. Just to be nominated is awesome.” 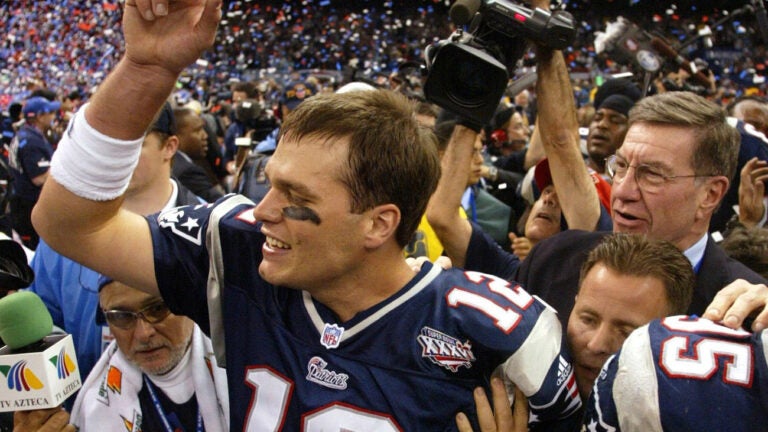 Former Patriot Joe Andruzzi wanted to 'smack the smile' off Tom Brady's face, and other things we learned from 'The Tradition'