Like many people around New England on Wednesday evening and Thursday morning, Patriots quarterback Cam Newton found himself staring out the window at the snow feeling like “a kid on Christmas waiting for Santa.”

“I was mesmerized by the guys who were trying to clean up the snow,” Newton told reporters via video conference on Thursday. “I don’t even know the machine’s names, but man, shouts out to those guys man, who salt the roads and clean the roads and things like that, because I know it’s a job that doesn’t get a lot of notice, but it’s extremely needed.”

Patriots players can afford to watch the snow with child-like enthusiasm — they won’t be surrounded by it for much longer. New England will travel to Miami this weekend to take on the Dolphins, in need of a win to maintain their minuscule shot at the playoffs.

The Patriots beat the Dolphins 21-11 in Week 1, but Miami looks a lot different now — most notably at quarterback, where rookie Tua Tagovailoa has replaced Ryan Fitzpatrick in the starting lineup. Fitzpatrick was picked off three times in New England’s Week 1 victory.

Newton isn’t certain whether having played Miami before will play in New England’s favor.

“It’s a good thing we’ve played them, but also the timing of when we played them, I don’t think it serves its purpose a lot,” he said. “Because they have a lot of players that you may think has the same role, but they do not. It’s just going down to us really differentiating what they’re trying to do to us, and the team that executes the best and minimizes the mistakes.

Newton was asked if the Patriots are a different team too.

“Yeah, I mean, it just happens naturally,” he said. “And I think there are some things that we showed, and we’re trying to get to that same success of winning. I think that’s what’s most important about this game.”

One bright side for the Patriots: Unlike last week, they will travel to Miami well rested. New England was able to take the weekend off before getting back to work, and Newton said he made the most of that opportunity.

“I think we did need those days, not only physically but mentally too,” Newton said. “You got guys that needed it for more reasons than some other guys did, and I used that time to kind of get away from football and tap into the mental side and re-energize yourself for the things you’re going to get ready here in the next couple weeks.”

The Patriots and Dolphins kick off at 1 p.m. on Sunday. 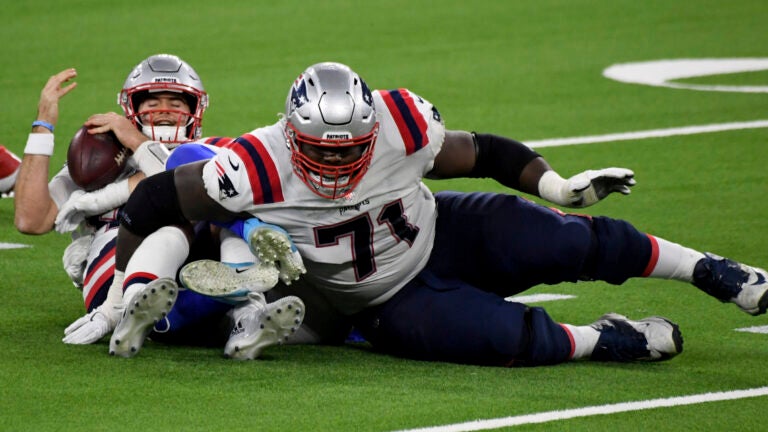 Patriots' Jarrett Stidham was viewed as 'a relief pitcher' against Los Angeles Rams, per report