“We’ll just keep taking it day by day,” the head coach said on 98.5 The Sports Hub, via ESPN’s Mike Reiss. “It was good to have him back out there (in practice).”

The wide receiver Edelman, who is inactive for Sunday’s game against the Miami Dolphins, is reportedly “ramping up his activity” following a knee procedure. He was placed on injured reserve Oct. 31 and has missed eight straight games, including Sunday.

He returned to practice Wednesday and appeared “free, easy, and comfortable” while participating in drills, according to The Boston Globe‘s Jim McBride. Belichick said Edelman looked “good” in practice and hinted that the longer week ahead could benefit him.

“Jules is a great leader, a lot of energy,’’ left guard Joe Thuney told reporters. “So, he’s just a great guy to have back.’’

Edelman has 21 catches for 315 yards, including eight for a career-high 179 yards in the Week 2 loss at Seattle.

Bill Belichick (to @985TheSportsHub) on how Julian Edelman looked in practice: “Good. We’ll just keep taking it day by day. It was good to have him back out there. He’s certainly progressing … but we’ll take a look at next week. We have a longer week [playing Monday] … “ 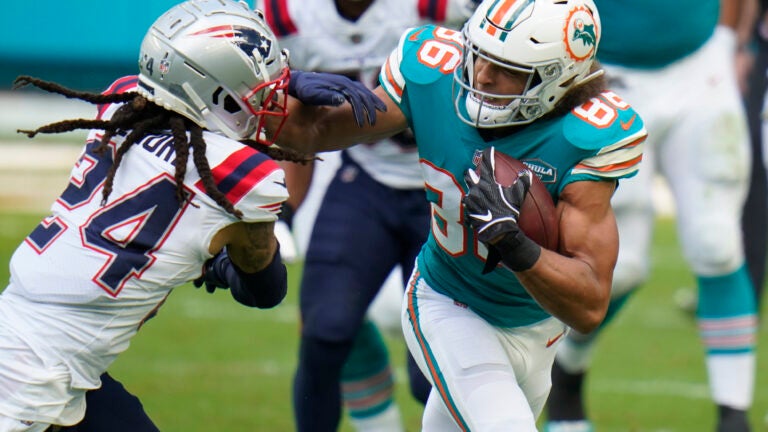