Patriots cornerback Stephon Gilmore was ruled out after leaving Sunday’s matchup with the Dolphins after suffering what the team described as a knee injury.

Gilmore, 30, went down to the ground on a third down with just under three and a half minutes remaining in the second quarter. As he tried to cover Dolphins receiver Mack Hollins, Gilmore stopped to pivot, but slid and fell down grabbing his right leg.

He was taken to the medical tent before walking to the locker room.

New England was listed Gilmore as questionable to return before being ruled out later in the game:

CB Stephon Gilmore (knee) has been downgraded to out.

After the announcement, NFL insider Ian Rapoport reported that it was a leg injury (differing from the team report of a knee related issue). Rapoport also noted that the injury may not be as serious as it initially appeared.

Source: #Patriots CB Stephon Gilmore actually did not suffer a knee injury and the leg injury may not be as serious as it may have looked. He’ll have tests tomorrow. 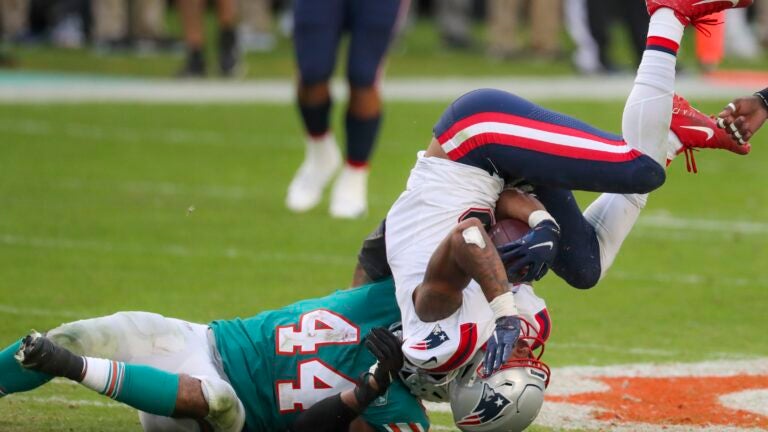