Bill Belichick said that when he considers the great special teams players of all-time, it’s hard to imagine anyone ranking ahead of Matthew Slater.

“Got to be at the top,” the head coach told reporters. “I can’t think of anybody that’s done more than he has. And he’s done it over a very consistent period of time, at an extremely high level.”

Slater was named to his ninth Pro Bowl on Monday, which is a record for special teams players. He’s now tied with guard John Hannah for the second-most selections in franchise history, only behind quarterback Tom Brady (14).

He’s led the Patriots in special teams tackles for seven of his 12 seasons, and his leadership and competitiveness have stood out to Belichick along the way.

Coach Belichick when asked about Matthew Slater’s place in history as a special teams player: “Got to be at the top … He’s certainly the very best I’ve ever been around.” #Patriots

Bill Belichick, on Matthew Slater’s place in the history of football when it comes to impact special-teams play: “Got to be at the top. I can’t think of anybody that’s done more than he has. And he’s done it over a very consistent period of time, at an extremely high level.”

In addition to Slater, punter Jake Bailey and cornerback Stephon Gilmore were also voted to the Pro Bowl.

Bailey, who was named a Pro Bowler for the first time in his second year in the league, is the first Patriots punter earn the honor since Rich Camarillo in 1983. He leads the NFL with a net average of 46.1 yards per punt, and his net and gross punt averages are both on pace to set new single-season franchise records.

“He does a lot of little things that are really, really important to the success of our special teams units and he’s had an outstanding year,” Belichick said. “The punting is obvious, but there’s a lot of other little things too that he does a great job of.”

The reigning Defensive Player of the Year Gilmore was voted to his fourth Pro Bowl, but it appears likely he’ll miss the game after partially tearing his quad against the Miami Dolphins on Sunday. 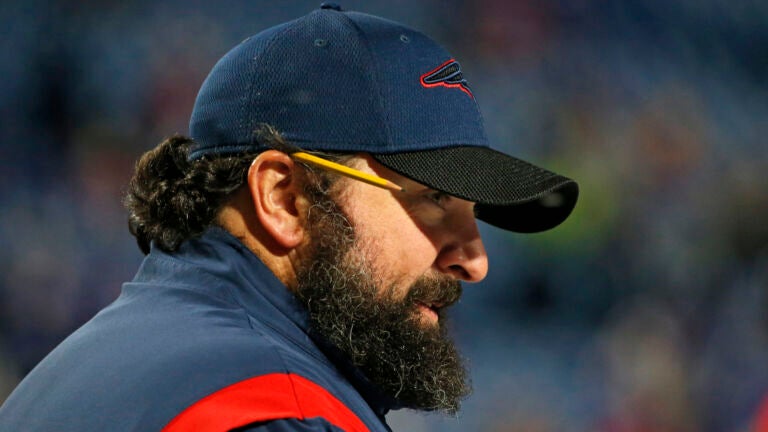 Report: Matt Patricia is the lead candidate to call offensive plays for Patriots