After the Patriots’ 38-9 loss to the Bills on Monday, Bill Belichick could only echo comments from previous losses in the 2020 season.

“They outplayed us across the board, outplayed us and out-coached us,” said Belichick. He also gave a nod to Buffalo’s first AFC East win since 1995.

“They did a good job. They’re a very good football team,” Belichick added of the Bills. “We can see why they’re the AFC East champions this year. They deserve to be.”

Buffalo was led by quarterback Josh Allen, who carved up New England’s secondary for 320 yards passing and four touchdowns.

During the broadcast of the game, ESPN Monday Night Football commentators Brian Griese and Louis Riddick noted how Belichick hadn’t been as high on Allen prior to the game.

“Talking to him this week, he didn’t buy into the Josh Allen craze,” said Griese.

“There was no question that Bill really got fired up when talking to him about potentially being swept, Josh Allen being one of the MVP favorites. He was not having any of it.” added Riddick.

Asked about the claims after the game, Belichick kept it simple.

“Yeah, I don’t know what they said. I’m on the record on that,” Belichick said of Allen, appearing to reference past praise of the Buffalo’s 24-year-old quarterback.

After he was asked a follow-up question about Allen, Belichick was more direct.

“I said multiple times that Josh Allen is a good football player, he’s played well, and he’s having a good year.”

Regarding his sideline throw of a phone during the third quarter — which he did out of frustration after losing a challenge, Belichick did not contest the official’s decision.

“I mean, it was a good call,” Belichick noted. “It was a good catch. The challenge was obviously not successful, as it shouldn’t have been.”

One of the team’s major remaining subplots in the 2020 season is at the quarterback position.

“Well, we weren’t playing very well,” reasoned Belichick about the timing of the quarterback switch. “It was the opportunity to give him a chance to play. Cam did a good job for us. I mean, that wasn’t the problem. We were just not very competitive in the beginning.” 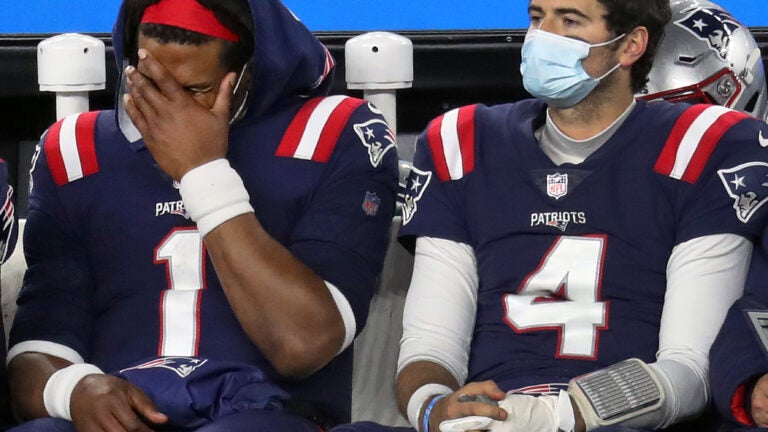 7 thoughts on the Patriots’ 38-9 loss to the Bills