On Wednesday, it was revealed that Bruins captain Zdeno Chara was leaving Boston to sign with the Washington Capitals in free agency.

The 43-year-old defenseman, who signed with Boston in 2006, announced his farewell to the city on Instagram:

Elsewhere, the Celtics cruised past the Grizzlies, 126-107. Jaylen Brown scored a career-high 42 points.

And on Sunday, the Patriots face the Jets in the team’s season finale at 1 p.m.

Albert Breer’s deep dive into the Patriots’ problems: With the Patriots’ first sub-.500 season in two decades, an inevitable round of questions are being asked about what exactly has gone wrong in New England.

Beyond the departure of Tom Brady — far and away the most notable change — the Patriots’ issues have been brewing for several seasons.

In a thorough exploration of “How the wheels came off the Patriots’ dynasty,” Sports Illustrated NFL insider Albert Breer tried to piece together Bill Belichick’s problems.

“They’re just devoid of talent,” an NFC personnel director told Breer. “It’s a bunch of specialty guys that fit certain scenarios, and those guys are fine, but they don’t have line-up-and-kick-your-ass football players. [Stephon] Gilmore’s a real guy. [Joe] Thuney’s a real guy. I like J.C. Jackson. But other than that, I don’t know who we’re really talking about.”

According to Breer, Patriots scouts have not been fully listened to in the draft process. Breer used wide receiver N’Keal Harry as an example.

Drafted in the first round in 2019, Harry was selected by Belichick over a staggering array of other receivers who have already experienced far more NFL success.

“Harry perfectly illustrates Belichick’s scouting blind spot,” Breer explained. “Belichick’s close with Harry’s college coach, ex-Arizona State coach Todd Graham, and Harry crushed his in-house visit with the team in the spring of 2019, doing a better job with his turn in Foxboro than Deebo Samuel or A.J. Brown did with theirs. So despite warning signs from the scouts on Harry, the team wound up taking Harry in the first round.”

Linebacker and tight end, staples of Belichick’s roster-building for years, are positions where New England has struggled to find production in 2020.

“Those are heartbeat positions for that team, and they’re just bad at those spots,” an AFC personnel director told Breer.

And of course, the loss of Brady was the tipping point.

“They lost the ultimate fixer,” wrote Breer of the Patriots’ longtime quarterback. “Brady didn’t create margin for error. He was the margin for error. Got a little less at receiver? Tom will get you in the right looks and throw guys open. Got issues on the line? He’ll give you an edge in setting protections and get rid of the ball faster. Got less on defense? He’s cool to play in shootouts. And so on.”

Trivia: In the 2011 NBA draft, Kyrie Irving went No. 1 overall to the Cavaliers. Tristan Thompson was also drafted by Cleveland fourth overall. What player was drafted third overall by the Jazz?

Hint: Born outside of the U.S., he’s played for the Jazz, the Thunder, the Knicks, the Trail Blazers, and the Celtics in his career.

A dog got on the field during a Bolivian soccer game: The player who carried the dog off the field later reportedly adopted him.

On this day: In 1989, the Bruins lost to the Soviet Union’s Central Red Army team in a thrilling 5-4 exhibition at the Boston Garden. Part of the “Super Series,” which was a regular U.S. tour by Soviet teams, it came near the end of an era.

For years, Soviet players had been drafted by NHL teams, but lacked a path to the league other than defection. By 1989, the tide was starting to turn against the closed system of Soviet management. CSKA coach Viktor Tikhonov, who also coached the Soviet national team, had garnered a reputation as a harsh disciplinarian who continuously rejected players’ requests to leave.

His tough methods were seen as a necessary price to pay for the results he relentlessly delivered: 12 consecutive Soviet league titles from 1978-1989 with Central Red Army, eight World Championships with the national team, as well as Olympic gold in 1984, 1988 (and again in 1992 as the Unified Team).

Viacheslav Fetisov, one of the finest defensemen in the history of Soviet hockey, was 30 years old and wanted to test himself in the NHL before his career was over.

Fetisov, like other notable Soviet players, had been drafted multiple times by NHL teams looking to have access to signing him should the opportunity ever arise. By the team’s Super Series tour in late 1988 and early 1989, it was clear that events were nearing a boiling point.

“When I get back to Moscow, thing are supposed to change,” Fetisov told reporters in Boston. “But I don’t know exactly when the barrier will come down.”

In a larger geopolitical sense, the “barrier” Fetisov referred to would begin to collapse later that year. In November, the Berlin Wall came down, a historic first moment in the eventual collapse of the Eastern Bloc and the Soviet Union (which dissolved in 1991).

In hockey terms, Soviet players —in customary fashion — were even quicker. In February of that year, winger Sergei Pryakhin secured the opening of an unprecedented arrangement which allowed him (and other players) to leave for the NHL. Fetisov followed suit in July, signing with Lou Lamoriello’s New Jersey Devils.

Crucially, it was done so that Soviet players didn’t have to defect, essentially jumpstarting the normalization of players moving to North America. 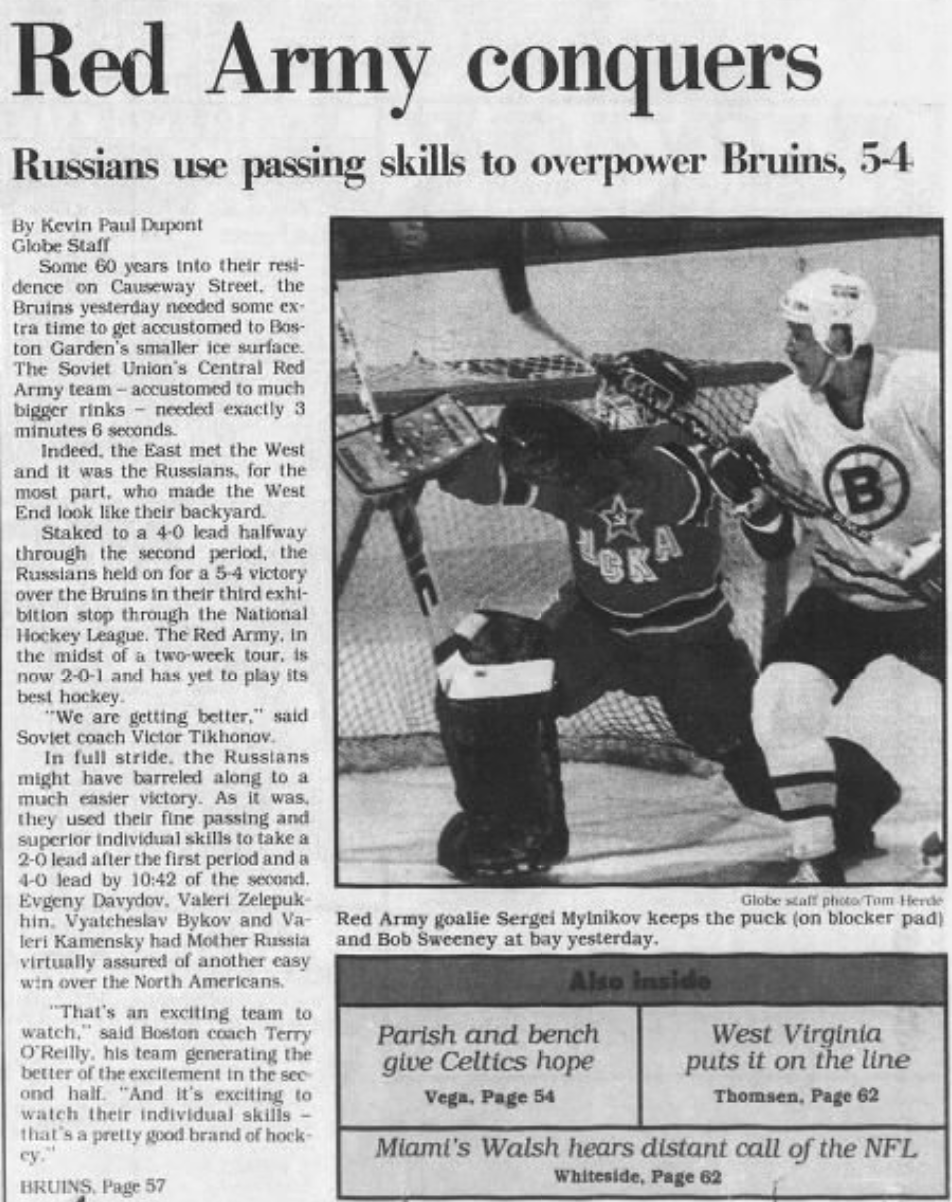 Daily highlight: James Bouknight of the University of Connecticut threw down a windmill dunk in the Huskies’ 82-61 win over DePaul on Thursday. 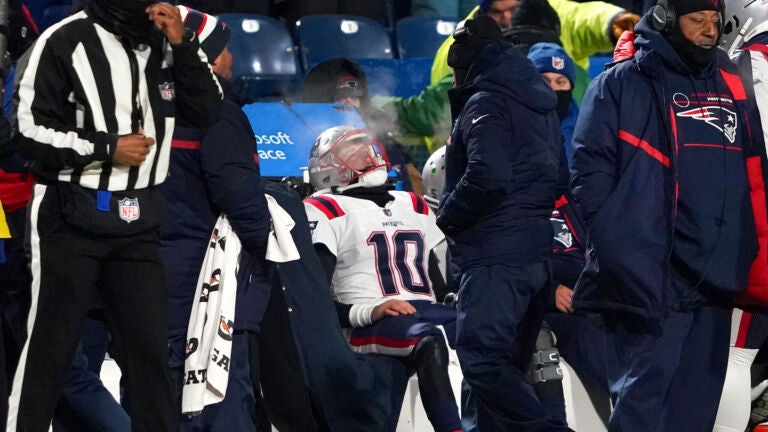