The New York Jets had it all figured out.

They were creatively finding ways to lose games and were on track to finish the season 0-16, select Clemson quarterback Trevor Lawrence with the No. 1 overall pick in the 2021 NFL Draft, and take a major step toward turning their franchise around.

Suddenly, however, their fate took a dramatic twist, as something unexpected happened – they started to win. After opening the year 0-13, the Jets have won their last two games, knocking off two possible playoff teams in the Los Angeles Rams (23-20) and Cleveland Browns (23-16).

The Jets are set to face the Patriots (6-9) this Sunday at 1 p.m. at Gillette Stadium in an unusual matchup between two division rivals that would both benefit more long term from losing the game than winning it.

Here are five things to know about the surprising Jets.

In their 13 consecutive losses to start the season, the Jets faltered in a wide variety of ways.

Some games were close, such as a 31-28 Week 13 loss to the Las Vegas Raiders in which they allowed a late touchdown that almost seemed intentional. Others were much more lopsided, like the 40-3 pounding they took from the Seattle Seahawks the following week.

Against the Rams, though, quarterback Sam Darnold threw for over 200 yards, Frank Gore rushed for a touchdown, and Bryce Hall picked off a pass to lead the Jets to one of the most surprising victories of the entire NFL season.

They kept the momentum going against the Browns, sacking Baker Mayfield four times in a dominant defensive showing. Darnold added two touchdown passes, wide receiver Jamison Crowder threw one of his own and also caught one, and former Patriot Braxton Berrios added a score as well.

The Jets are the first team in NFL history to win multiple games against teams in a single season that entered with at least 9 more wins than them.

“I think the last two games we’ve had some better complementary football games,” Jets head coach Adam Gase said. “We’ve had some close ones where we missed out on some opportunities late in the game, really some situational football things that have hurt us in previous games. The last two weeks, sometimes it just takes that one win and then the confidence of guys change.”

Patriots head coach Bill Belichick pointed out that the Jets have “played pretty competitively” for most of the year despite their record.

He said offensively they’ve made significant progress and they’ve had “good flashes” in all areas throughout the year. Belichick referenced the teams’ first meeting, back in November – when the Patriots escaped with a 30-27 win – and highlighted the competitive nature of the game.

Defensively, Belichick said the Jets are a “pretty disruptive team” with strong speed at the linebacker position. He doesn’t think the way their season has unfolded accurately reflects their skill level, and he’s admired the way they didn’t fold after the difficult start.

“They’re gaining confidence and you can see that their improvement as a team is definitely trending in the right direction,” Belichick said. “I think that’s a real credit to Coach Gase and his staff for the way that they’ve continued to help the team improve and to the players. They’ve played pretty good football here the last few weeks.”

Darnold, the No. 3 overall pick in 2018, could be playing his last game with the Jets.

This has been the worst statistical season of his young career, as he’s thrown more interceptions (nine) than touchdown passes (eight) and has yet to reach 2,000 passing yards despite playing in 11 games.

Darnold, who is 13-24 as the team’s starter, said he’s confident his best days are ahead of him. He made it clear that he believes he has a lot more to give and that he’d love to prove himself with the Jets.

“I’m a Jet now,” Darnold told reporters. “I know we all like to think of hypotheticals and what-ifs, but I’m a Jet right now. I love being here. I love the guys in the locker room. I love going to work every single day here.”

Sam Darnold says this has been the toughest year of football he has had at any level.

He also says there’s part of him that feels he let Adam Gase down. But he thinks there’s a lot more he will accomplish. #Jets

“I absolutely believe my best days are ahead.”

He has a fan in Belichick, who said Darnold has the tools in place to “make all the throws.” Belichick said he doesn’t think there’s a shortage of talent or playmaking ability, calling him athletic and hard to tackle in the pocket.

“I think he’s shown the ability to do everything,” Belichick said.

Braxton Berrios has been a key contributor.

Berrios, a 2018 Patriots sixth-round draft pick, has turned in his best season to date.

He has 34 catches for 374 yards and three touchdowns and has returned nine kickoffs for 167 yards and 10 punts for 86 yards this season.

“He’s been a guy that’s been able to do a lot for us,” Gase said. “He’s had a good year so far this year. Hopefully he can keep making impact plays.”

Crowder is the team’s leading receiver, with 55 catches for 85 yards and six TDs. Perriman also has three TDs, and tight end Chris Herndon has two.

Longtime running back Frank Gore, who has been the team’s most reliable rusher this season, is out with a bruised lung. La’Mical Perine tested positive for COVID-19, so Ty Johnson could see an increased role.

Adam Gase could be coaching his last game.

Much like Darnold, Sunday could mark Gase’s last game as a member of the Jets.

A report from WFAN Sports Radio on Tuesday said that Jets ownership told Gase he would be fired after the Jets face the Patriots, but the news evidently hadn’t reached Gase.

“That was news to me,” Gase told reporters Wednesday. “No one has said that to me.”

Gase said he’s zeroed in on preparing for the Patriots.

“I learned probably when I was 22 years old, Nick Saban told me you do your job until somebody tells you different,” Gase said. “That’s what I’m going to be focused on.”

Belichick credited Gase for making things difficult for the Patriots defense. He said Gase has done an “excellent job,” praising him for his work with both the Jets and Miami Dolphins.

“He’s a tough, tough coach to coach against, so that’s really the way I feel about him,” Belichick said. 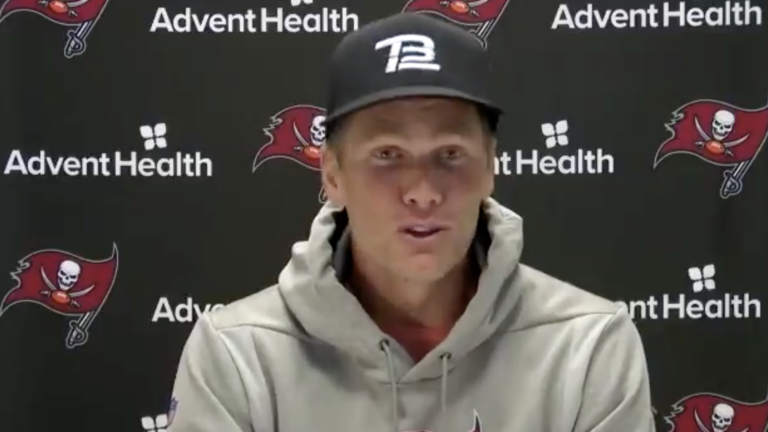