The Patriots’ first season post-Tom Brady didn’t go as well as they would’ve wanted. Entering the final week of the season, they hold a 6-9 record and will miss the playoffs for the first time since 2008, a season in which Brady played in just one game.

A big reason for the team’s losing record has been due to the quarterback play. Cam Newton, who has started all but one game this season, has struggled for much of the year. He’s thrown for just 2,415 yards, five touchdown passes (he has added 12 rushing touchdowns), and 10 interceptions for a 78.9 passer rating.

Newton’s issues have been worse as of late. He’s only led the Patriots to one touchdown over the last three games and has been pulled due to poor performance in two of those games.

While Newton’s performance has been poor for much of the season, he did only sign with the team in July, just two months before the start of the regular season. In a season that was ravaged by COVID-19 issues (which Newton faced himself), no OTAs or preseason games and a shorter training camp certainly made things more difficult for players joining new squads. Newton acknowledged that reality when he was assessing his performance this season on Thursday.

“My only regret was I wish I had more time to dissect what I was actually getting in to,” Newton told reporters. “I’ve been in this league long enough to kind of always downplay, like, ‘Man, we don’t need preseason. We don’t need OTAs. We’re ready to go.’ Yeah, maybe if I was still in the system I came from. But learning this system, you just need more time, you need more real reps to kind of go through because there’s only but so much you can kind of makeup.”

With the lack of time to prepare for his first season in New England, Newton said the “true” him showed in a way he wishes it didn’t.

“You could put the eyelashes on. You could do your eyebrows. You could put your lipstick on. The mascara and the lip liner,” Newton said. “But sooner or later, it’s going to rain and the real true you will show. And unfortunately it showed, not necessarily in ways that I wanted to.”

Patriots head coach Bill Belichick was blunt when asked about his thoughts on Newton’s comments about needing more time.

Instead of dwelling on missed time, Belichick instead turned his focus on what little time they have left prior to Sunday’s season finale against the Jets.

“At this point, (I’m) just trying to do the best I can to help our team prepare for the Jets and finish the season on a good note,” Belichick said. “Again, these guys have really competed well in practice this week. They’ve tried to get ready, like they have all year long, and I want to do the best that I can to prepare our team to give us every opportunity to perform well on Sunday.

“So, all your questions about some other year and going forward and all that, we’ll deal with that in due time. But, right now, I really want us to try to go out and perform well on Sunday, and that’s really what everybody’s trying to do here, which that’s what I want and that’s what I expect and that’s what I respect about this group is the way they approach things like that.” 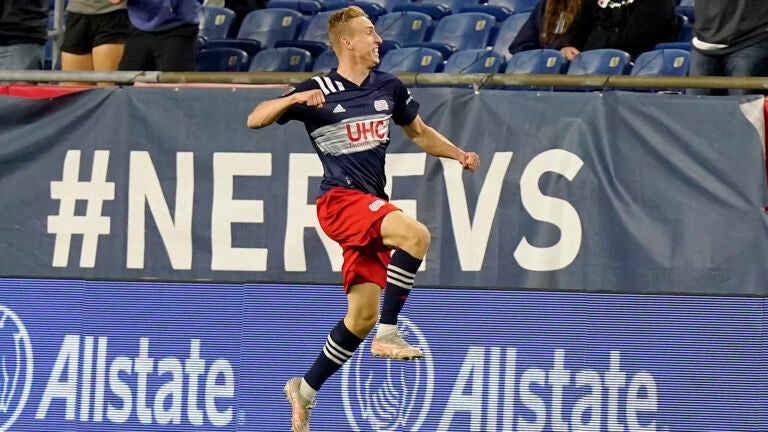 3 takeaways from the Revolution's strong start to the 2021 season