Welcome to Season 9, Episode 16 of the Unconventional Preview, a serious-yet-lighthearted, nostalgia-tinted look at the Patriots’ weekly matchup.

If you’ve never seen “The Good Place,” the acclaimed afterlife comedy that ran on NBC from 2016-20, well, go ahead and get on it now that you’ll have a few Sundays open. Now on Netflix, it features the second-best role of Ted Danson’s career. It does not take long to get used to knowing his name as Michael rather than Sammy.

What’s that? Yes, there is a football reason for offering this TV recommendation in an alleged football column as the Patriots play out the string with no playoff hopes for the first time since 2000. The funniest and most charming character on “The Good Place” is the sweetly dimwitted Jason Mendoza, who happens to be a Jacksonville Jaguars loyalist. His faith in the Jags is a running gag, to the point that the show’s fans have pleaded for some way for Jason, played by Manny Jacinto, to acknowledge that they won the Trevor Lawrence sweepstakes.

Anyway, at one point, when Danson’s Michael tells him dismissively that the Jaguars will never win the Super Bowl, Jason counters with a tone of both annoyance and optimism: “All we need,” he says, “is a defense, and an offense, and some rule changes.”

No sympathy is expected, of course, and none is necessary. The unprecedented success of the last 20 years provides more than enough warm memories to get through the chill of this transitional season. But it has been jarring nonetheless to watch the Patriots get their comeuppance against the Rams, Dolphins, and Bills the last three weeks, losing by a combined score of 84-24 after the false hope of the 45-0 rout of the Chargers in Week 13.

The Jets, who lost their first 13 games before beating the Rams and Browns the past two weeks to salvage some pride, are not capable of delivering the kind of wrath the Bills did in their 38-9 win Monday. But they are playing better, and they did play the Patriots tough in their previous meeting. The Patriots needed a walkoff 51-yard field goal from Nick Folk to beat the Jets, 30-27, on “Monday Night Football” in Week 9.

If there’s any suspense on the Patriots’ side, it comes from waiting to see how the quarterback situation shakes out over the season’s final 60 minutes. Cam Newton, who is as ineffective as he is sympathetic, threw for 34 yards on five completions against the Bills before he was benched for Jarrett Stidham on the second series of the second half. Stidham wasn’t any better (4 of 11, 44 yards), but it’s interesting in a bizarre way to watch him and try to identify why Bill Belichick has been so adamant about sticking with Newton as his starter.

James White: I’m not sure if the majority of fans realize just how different this Patriots team could look next season. Twenty-three players are set to be unrestricted free agents, including offensive line anchors Joe Thuney and David Andrews and solid pros such as Lawrence Guy, Adam Butler, and Jason McCourty. (Then there is veteran Matthew Slater, who is under contract but acknowledged he hasn’t decided if he will be back.) White is another unrestricted free agent, and he’s a in a special category — a Super Bowl hero, the latest in a long line of superb third-down backs, and a quintessential Patriot who ought to receive one of those fancy red blazers someday. It’s been a bit bewildering to see his usage stay relatively low in a season in which the Patriots have struggled on offense — he’s played more than 49 percent of the offensive snaps once since Week 7 and has just three games with 10 or more touches all season. If this is it for him in New England — and doesn’t he strike you as someone QB/GM Tom Brady would demand to bring to the Buccaneers? — consider this a salute to a player who always seemed to be at his best when the stakes were highest, never more so than during the comeback from 25 points down in Super Bowl LI against the Falcons. He caught 14 passes for 110 yards, ran six times for another 29 yards, and scored three touchdowns, including the winner in overtime. Sweet Feet forever owns a sweet place in Patriots lore.

Sam Darnold: Was anyone else intrigued by the possibility of Darnold ending up with the Patriots in the offseason as a high-end reclamation project … you know, since they kind of broke him in the first place with the infamous “seeing ghosts” game last season? No. Just me? OK, then. That possibility seems unlikely now anyway. Darnold has been decent lately — he has as many touchdown passes over the last four weeks as Newton has all season (5) — and the Jets blowing their shot at Lawrence increases the chance he’ll be back next season. It now seems more likely that Adam Gase, whose coaching of Darnold was praised by Belichick this past week, ends up with the Patriots next year than his current quarterback.

Devin Asiasi and/or Dalton Keene: Is too much to ask for at least one of the rookie tight ends to contribute something Sunday, allowing Patriots fans to head into the offseason with at least some hope that the pair of third-round picks weren’t wasted? Between them, they have two receptions — both by Keene, an 8-yard catch against the 49ers and a 2-yarder two weeks ago against the Dolphins — on seven targets for a total of 10 yards. Asiasi played a season-high 47 snaps (94 percent) against the Bills, with two targets that amounted to nothing. Keene saw just six snaps with no targets. I recognize part of the problem is Newton, but he did manage to find Ryan Izzo 19 times this season.

If Belichick is planning to stick around for a rebuild — and I do think we need more clarity on that — I have no doubt that the Patriots will thrive again. But any future success will be appended to the dynasty, rather than a part of it. That era, with Brady in Tampa Bay and a full roster reconstruction necessary, is officially over. I miss it, especially the anticipation of covering a big game. But my grievance isn’t that there are no big games to cover this season, or even that the dynasty is done. It’s simpler than that. My grievance is with anyone, especially in the media, who didn’t appreciate how fortunate we all were to have a front-row seat for that. Man, were we lucky.

The argument can be made that Jackson, the third-year cornerback and undrafted free agent find, rather than Stephon Gilmore, should have been selected for the Pro Bowl this season. But as I mentioned in this space last week, it’s not uncommon for a young player’s reputation to lag behind his production. Jackson certainly has produced — he has hoarded eight interceptions this season, and had a potential ninth, which would have tied him with the Dolphins’ Xavien Howard for the NFL lead, nullified against the Bills because of an Butler offside penalty.

While Jackson will be a restricted free agent this offseason, he’s a decent bet to become a cornerstone of the next excellent Patriots defense. In three seasons, he already has more interceptions (16) as a Patriot than Patrick Chung and Gilmore (11 each), and he’s not far behind excellent ex-Patriots such as Tim Fox (17) and Lawyer Milloy (19).

It also must be noted that Jackson has had his struggles. He was toasted by the Bills’ Stefon Diggs for a pair of touchdowns Monday. There’s no shame in that. Diggs leads the NFL in receptions. He added a third TD Monday that wasn’t with Jackson in coverage.

But Jackson has on occasion taken lumps against lesser receivers, including against the Jets and backup quarterback Joe Flacco in Week 9. when Breshad Perriman beat him for a pair of touchdowns.

Jackson, who has that trait necessary in a cornerback to instantly shake off the times he gets beaten, did add a fourth-quarter interception in that game. The Jets have gained reinforcements since then. Jamison Crowder, who had seven catches for 92 receiving yards and threw a touchdown pass against the Browns, and rookie Denzel Mims missed the first meeting because of injury. Crowder is the Jets’ best receiver, which should put him on Jackson’s radar.

Or, Curtis Martin should have been a Patriot for life …

Maybe there’s not much difference between 6-10 and 7-9, but at this point, with nothing of significance to play for, it’s all about small victories, right? Going out on a good note to end the most frustrating Patriots season since Belichick’s first in charge. Taking a positive memory into an offseason that is sure to bring about even more change.

So, here’s the small victory I’d like to see. I’d like to see Newton, if indeed he gets the most repetitions at quarterback, to play well. If he’s just a one-and-done with the Patriots, his time here has been exasperating — he currently has two fewer touchdown passes as a Patriot than Tommy Hodson — but more than that, it’s been enlightening. We knew Newton was charismatic. I’m not sure many of us knew how selfless he is as a teammate or how introspective he is as a person. He’s played, for the most part, poorly here, and yet because of the graceful way he carried himself in difficult times, he will always be remembered well. 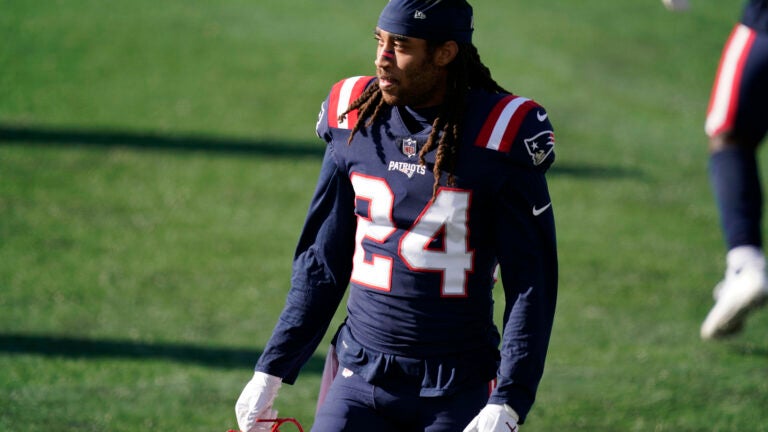