In the aftermath of the Patriots’ 28-14 season finale win over the Jets, Bill Belichick praised his team’s effort even after playoff elimination while also fighting to avoid speculation about looming offseason questions involving quarterback Cam Newton.

“I just have a lot of respect for coaches and the players, the members of this team,” Belichick told reporters in his postgame press conference. “Obviously the results this year weren’t what we had hoped for, but it doesn’t change my appreciation for their efforts and what they tried to do.”

The Patriots’ 7-9 record was Belichick’s worst since his first year as New England’s head coach in 2000. Now without Tom Brady, the Patriots will continue to confront questions about the team’s longterm plan at the quarterback position.

Belichick tried to get ahead of the inevitable round of questions about the team’s potential plans in the offseason.

“I’m not going to talk about anything beyond today because I’m not prepared to talk about it,” said Belichick. Still, he was pressed about one particular topic.

Earlier on Sunday, ESPN reporter Adam Schefter spoke on air about Cam Newton and the Patriots potentially not reuniting in 2021 after his current one-year contract expires.

Belichick was asked about the comment in a follow-up question from WPRI reporter Yianni Kourakis in the following exchange:

Yianni Kourakis: If I could have a quick follow. There was a report on ESPN today that there’s an understanding between you and Cam Newton that you will be going in different directions this offseason. Is there an understanding that this was Cam’s final game?

Bill Belichick: Yeah, well is that another one of your anonymous reports?

Kourakis: That was from Adam Schefter this morning.

Belichick: Yeah, I don’t think that’s what Adam said. You should talk to Adam about that.

“Bill, just a quick follow-up,” Reiss began. “I appreciate what you said on the question about Adam, because he had reached out as a colleague of mine, and he had just wanted to make sure that what he had said was represented accurately, that it wasn’t a report, it was part of an overall discussion.

Reiss then asked a separate question about Newton’s performance in 2020.

“Nothing but respect for Cam and the way that he’s approached every day that he’s been here,” Belichick later said of Newton’s season.

Schefter’s comments about Newton and the Patriots wasn’t the only reporting on the issue to emerge on Sunday.

Jeff Howe of The Athletic noted that “the door isn’t outright closed” on a second year of Newton in New England.

Regarding Cam Newton’s future with the Patriots — whether a return is likely, a long shot or somewhere in between — I can at least say the door isn’t outright closed. Fluid situation, lots of possibilities with so many QBs out there. We’ll see how it plays out.

As for Newton’s stance on his future, he avoided specifics.

“Listen, I have my desires,” Newton told reporters. “I know what my heart is saying. I know the things that — who I am. But as far as that, I can’t really speak on that right now. Just my whole time here in New England has just been a blessing. I’ve learned so much about myself, about my great teammates, unbelievable coaches. I’ll just see how it goes and we’ll go from there.”

Does Cam Newton anticipate being back in New England next season? 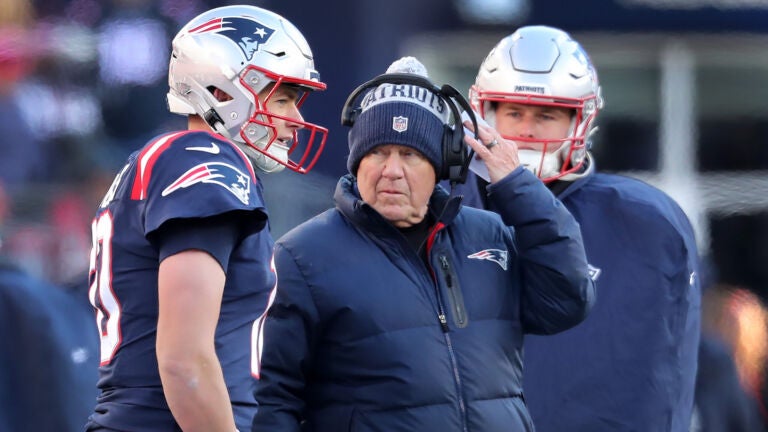