Julian Edelman has only ever known annual playoff appearances in his 12-year NFL career.

After all, since selecting Edelman in the seventh round in 2009, New England had participated in the postseason every year.

On a personal level, it was a challenging year for the 34-year-old wide receiver, who was placed on injured reserve in October and didn’t play in a game after that.

Still, he credited his teammates effort through difficult circumstances, and for persevering even after their playoff hopes were gone.

In a recent post on social media, Edelman praised his “brothers” for fighting “to the last whistle.”

“All we can do is keep our eyes downfield,” Edelman concluded.

This team, this organization, this fan base, knows nothing but hard work. And this year, showed that in spades. Proud to say that my brothers fought to the last whistle. Pats Nation, thank you for riding with us all year. All we can do is keep our eyes downfield. #KeepGoing pic.twitter.com/9jdSti0Xlt

Edelman is under contract for the 2021 season, but his status might remain up in the air as a veteran player coming back from injury, given the salary cap implications for the Patriots. 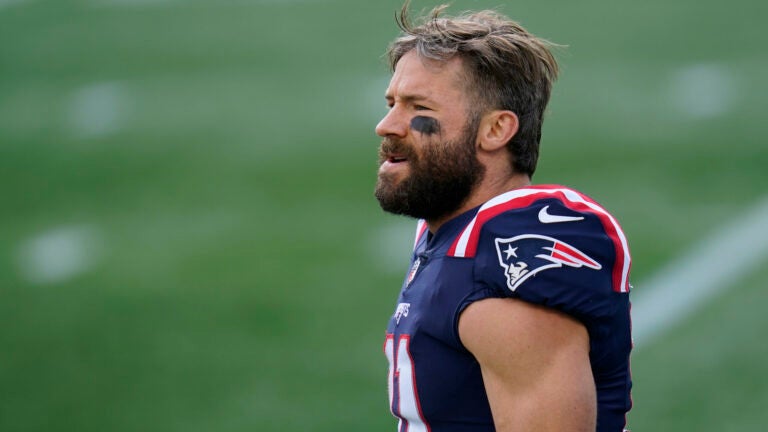