After missing the playoffs for the first time in 12 seasons, the Patriots head into the 2021 offseason with a great deal of uncertainty.

The Patriots likely don’t have the long-term solution at quarterback on their roster, their coaching staff and front office are in flux, and they have 25 players who are set to become free agents in March.

Cam Newton headlines the list of Patriots players who will become a free agent, but he’s far from the only starter that will hit the open market. On the offensive line, guard Joe Thuney and center David Andrews are both scheduled to be unrestricted free agents. The Patriots placed the franchise tag on Thuney last off-season and didn’t sign him to an extension, making his contract for the past year just a one-year, $14.7 million deal. Andrews becomes a free agent for the first time in his career after returning from a pulmonary embolism that forced him to miss the 2019 season.

At the skill positions, running backs James White and Rex Burkhead will both be unrestricted free agents. White has spent his entire seven-year career in New England and has never hit the market. Burkhead, who signed with the Patriots in 2017, reworked his contract with the Patriots in July to lower his base salary but make some of that money back in signing bonuses. Burkhead’s 2020 season ended in November after he reportedly tore his ACL.

Damiere Byrd is the Patriots’ lone wide receiver that has an expiring contract. Byrd, who signed with the Patriots last March, caught 47 passes for 604 yards this season. Backup quarterback Brian Hoyer, who started the one game Newton didn’t take the field, is also set to become a free agent.

On defense, cornerback J.C. Jackson is one of several starters that will become a free agent in March. Luckily for New England, Jackson is a restricted free agent, allowing the team to place a designated draft pick tender on him. If another team signs Jackson away, that team would give the Patriots whatever draft pick round tender the Patriots place on him. Jackson is likely to demand a good payday after recording nine interceptions in 2020, which was the second-most in the league.

Jason McCourty is the other key part of the Patriots’ secondary who will be a free agent. McCourty, who signed a two-year deal in 2019 after his first year in New England, recorded 42 tackles this season.

New England could lose its kicker, too. Nick Folk will become a free agent after an impressive year. He made 26 of 28 kicks this season and didn’t miss a field goal after Week 2.

Here are the 25 Patriots players who are set to become free agents: 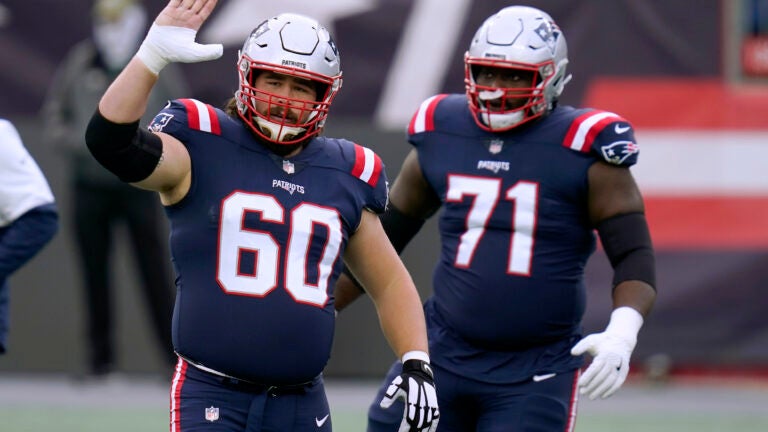