If the Patriots decide to move on from Cam Newton and pursue another quarterback this offseason, one name to keep an eye on is Carson Wentz.

Wentz, the No. 2 pick in the 2016 NFL Draft, has expressed interest in leaving Philadelphia and starting fresh elsewhere. Eagles head coach Doug Pederson benched him in favor of rookie Jalen Hurts last month, and ESPN’s Chris Mortensen described Wentz and Pederson’s relationship as “fractured beyond repair.”

Of course the looming question remains whether or not Newton will come back for another season. If he does, the point is moot. If he doesn’t, Wentz could end up being a viable option.

New England is currently deemed the third-most likely destination for Wentz, behind the Indianapolis Colts and Chicago Bears, according to PointsBet Sportsbook. The site puts the odds that Wentz will join the Patriots at +550.

Wentz has four more years remaining on his deal, with a salary cap hit above $30 million in each season. The Patriots would likely have to surrender several draft picks, and potentially some players, in order to acquire Wentz.

Eagles QB Carson Wentz, benched in favor of Jalen Hurts last month, still plans to ask for a trade in the off-season because his relationship with HC Doug Pederson is fractured beyond repair, per ESPN’s @mortreport.

Doing so is a risk, as Wentz has been inconsistent throughout his career. He was having an MVP-caliber season in 2017 before tearing his ACL – when Nick Foles came in and led the Eagles to a Super Bowl victory over the Patriots.

This year, Wentz completed 57.4 percent of his passes and threw nearly as many interceptions (15) as touchdowns (16) in his worst season to date. Pursuing Wentz would be risky, and the result could be anything from a disaster to a gold mine. 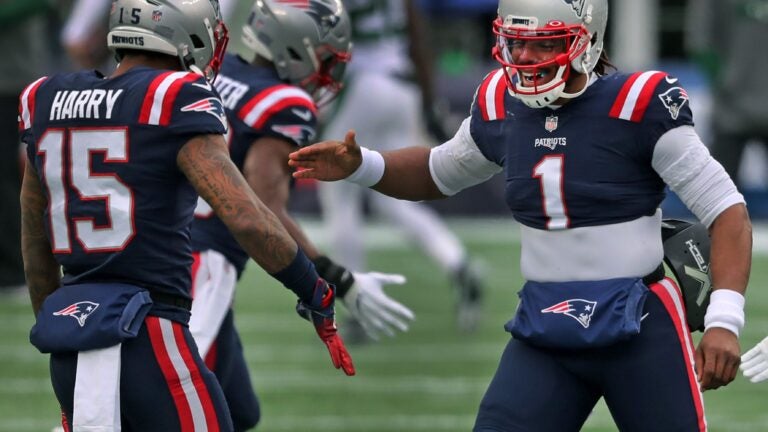 A Cam Newton return may seem unlikely, but can we make a case for it?