On Sunday, the NBA postponed a Celtics-Heat matchup at TD Garden after Miami was unable to field enough players following an inconclusive COVID-19 test which ruled out a number of players due to contact tracing.

Boston was also down to nine active players after positive tests and contact tracing sent several players into quarantine.

Elsewhere, the NFL’s Wild Card Weekend produced notable results, including Tom Brady and Buccaneers defeating Washington (and setting up a third matchup of the season against the division rival Saints). Lamar Jackson got his first career playoff win, pushing the Ravens past Mike Vrabel’s Titans.

And the Browns, in the playoffs for the first time since Jan. 2003, upset the Steelers 48-37 even after a COVID-19 outbreak in the team kept Cleveland from practicing most of the week, and forced head coach Kevan Stefanski from being on the sidelines.

Whether or not the Patriots’ coach intends to accept the offer from Trump has not been confirmed, as Politico reporter Meredith McGraw noted that, “a spokesperson for the Patriots did not immediately respond to a request for comment.”

Trump is set to leave office on Jan. 20 following the inauguration of President-elect Joe Biden. Additionally, Trump is facing the possibility of impeachment following his role in inciting an attack on the Capitol on Jan. 6.

Given the circumstances, Belichick has been called on to decline Trump’s Medal of Freedom offer.

“Bill Belichick should do the right thing and say, ‘No thanks,'” McGovern told John Berman of CNN. Asked what it would mean if Belichick still decided to accept, McGovern said he would be “very disappointed.”

“This president is not fit be in office, so anything that he would bestow on anybody to me is meaningless, and to accept it is disgraceful,” McGovern concluded.

JUST NOW: “To accept it is disgraceful. “

“Belichick should do the right thing and say, no, thanks. “@NewDay pic.twitter.com/ZVuf0Je56B

Trivia: The last Browns playoff victory prior to Sunday came under Bill Belichick in Jan. 1995. Who was the opposing coach who Belichick defeated in that game?

Hint: Before beginning an NFL career that included four head coaching roles, he was Air Force head coach for a single season in 1978.

Sean Payton got slimed on Nickelodeon after the Saints’ win:

Sean Payton is a man of his word 🤣 pic.twitter.com/IO8oalZdLG

On this day: In 2020, Jayson Tatum joined Larry Bird as the only players in Celtics history to score at least 40 points in 30 minutes or less. The Celtics destroyed the Pelicans 140-105.

Daily highlight: On a particularly wild day of Wild Card Weekend in the NFL, Lamar Jackson turned things around for the Ravens with a trademark dash to the end zone. 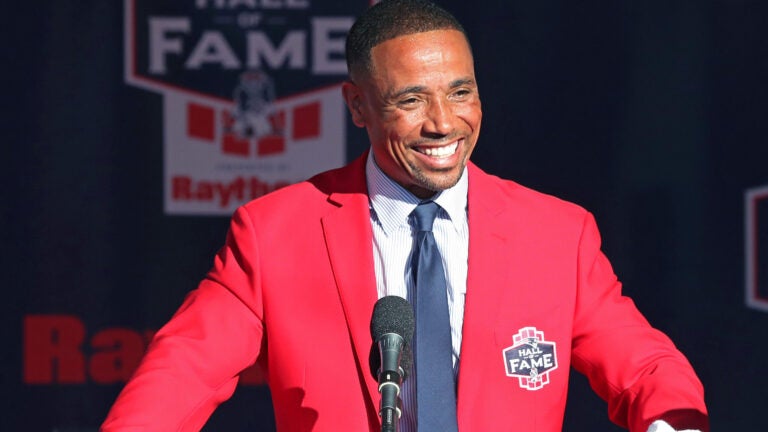