On Saturday, 43-year-old Tom Brady led the Tampa Bay Buccaneers to a 31-23 victory over the Washington Football Team.

The win was somewhat predictable. Washington won just seven games during the regular season and squeaked into the playoffs, while the Buccaneers finished 12-5 and employ perhaps the greatest quarterback in NFL history. As a result, the postgame takes were relatively muted and many looked ahead to the next round, where Brady faces another quarterback who has excelled into his NFL golden years.

Tom Brady vs Drew Brees next week on the History Channel

For his part, the 41-year-old Brees saw a showdown with Brady coming.

“Yeah, don’t take it for granted,” Brees said after the New Orleans Saints beat the Chicago Bears 21-9 on Sunday. “I’m very appreciative of the opportunity. And listen, the minute that he signed with the Bucs and came in the division, you felt like that was going to be a team to contend with, that was going to be a team that had playoff aspirations and beyond, just like us. So, I guess it was inevitable.”

Moving on: Michael Hurley of WBZ noted a wild fact about Brady from the broadcast.

I’m sure this factoid is not false. Nevertheless I am left with no other choice but to not believe it. pic.twitter.com/LLn0xZ30el

Saturday was Brady’s 42nd career playoff contest. Throughout his years as a Patriot, it seems Brady was able to keep the game short and simple when the postseason rolled around.

Skip Bayless is known for his outlandish takes, but not many observers would disagree with this one.

To Bayless’ point: A graphic from SportsCenter set Twitter ablaze when it showed Brady next to the previous record holder for the oldest player to throw a touchdown pass in the postseason in NFL history: 43-year-old George Blanda, who looks significantly older than Brady.

Tom Brady is the oldest player to throw a TD in the postseason in NFL history. pic.twitter.com/M9obDBt9AW

Fun fact: Blanda passed away at age 83 in 2010. Twitter launched in 2006 but didn’t really take off until a few years later, which means we can probably assume Blanda never expected to trend on Twitter since he likely didn’t know what it was.

In other news, ESPN’s Dan Orlovsky noted that Brady was excellent in play-action, saying it “feels like the Buccaneers and Tom Brady have really found something.”

Feels like the @Buccaneers and @TomBrady have really found something. He threw for 182 yards on PAP last night. His most in almost 5 years and 5th most by a QB in last 15 years of post-season play.
He’s great it-it protects him-he carves up the D@PaulHembo 👊🏻

Some more stats that showed how well Brady played against one of the best defenses in the league.

No other QB earned a 80+ grade against Washington this season. pic.twitter.com/gwz4YLzU95

The Buccaneers are on to New Orleans. 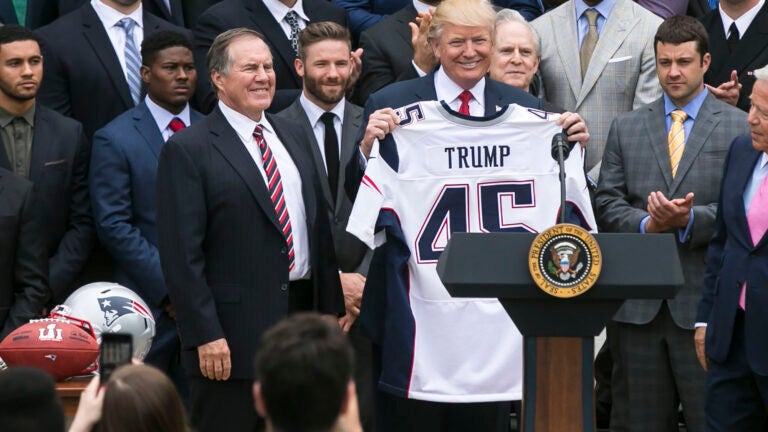