Tampa Bay Buccaneers quarterback Tom Brady has taken jokes about his advanced age in stride all week, even quote-tweeting a joke about broadcasting his games on the History Channel with a strikingly life-like image of himself and New Orleans Saints QB Drew Brees with grey hair and beards.

But on Thursday, when a reporter asked Brady about his age as compared to Brees, Brady was quick to point out how much older he is than his NFC Divisional Round opponent.

For the record, Brady is 43 with an August birthday. Brees is 41 with a January birthday.

Still, Brady does have a good point: 18 months ago, he was enjoying an offseason following his sixth Super Bowl win — a 13-3 victory over the Rams.

“I got a little advanced age on him and experience,” Brady continued. “I’m hanging in there. He’s had a terrific year. And he’s a great player. I’ve known him for a long time, always had a great amount of respect for him.”

Brady noted that his first roommate with the Patriots, David Nugent, played for Purdue along with Brees.

“Always just kept up with [Brees] and got to know him somewhat well over the years, and just think so much of him as a person, as a player,” Brady said. “I know what it takes to do what he’s doing, he knows it takes to do what I’m doing, and I think there’s just a lot of mutual respect.”

Brady was asked about the continuity New Orleans enjoys with Brees at the helm — an advantage Brady enjoyed for years in New England.

“I’ve always said continuity is the key in the NFL because there’s so many situations that come up on a weekly basis,” Brady said. “And for you to have the years of experience with a play caller to think, ‘Oh this is exactly how we’re going to handle this particular situation on the fly,’ so you don’t have to wait until Monday to correct it. I think [situational] football is really important. You can’t cover 1,000 situations every week, because you’re just guessing what the situation will be. But at least when I was… my past… I looked at those and said, “Hey remember this in 2014? The same thing happened in 2014.” You can’t really do those things. Whether it’s offense, defense, special teams, all those things are really important. …

“They’ve been one of the top teams in the league for a long time. They’ve had some tough playoff losses, real fluke plays, but other than that, there’s not a lot of bad about this team. They’re pretty spectacular.” 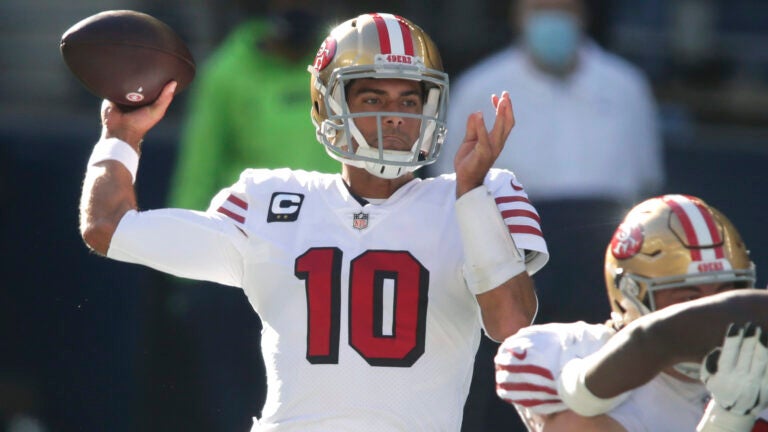