As Tom Brady prepares to play in his 10th Super Bowl, and first without the Patriots, his old team is looking to the future at the quarterback position.

Whether or not the Patriots decide to bring Cam Newton back, or add another veteran at the position, draft experts are projecting that Bill Belichick will take a quarterback this year.

One name who has already been mentioned several times is National Championship-winning Alabama quarterback Mac Jones.

Asked in a Tuesday episode of “Good Morning Football” on the NFL Network about possible New England interest, Jones admitted he doesn’t have a specific idea yet while also acknowledging the larger ties between his college and the Patriots.

“There’s all sorts of things out there, I guess, but for me I got to meet with all 32 teams and got to meet with the Patriots,” Jones told NFL Network host Peter Schrager. “There were some scouts there, so hopefully I left a good impact on them. I think Coach Belichick and Coach Saban have a great relationship and I hope Coach Saban has good things to say about me. I assume he would. And obviously one of my buddies Damien Harris plays up there, too. I talk to him a good amount.”

Harris, who was picked by the Patriots in the third round of the 2019 draft, was Jones’s teammate at Alabama in 2018. 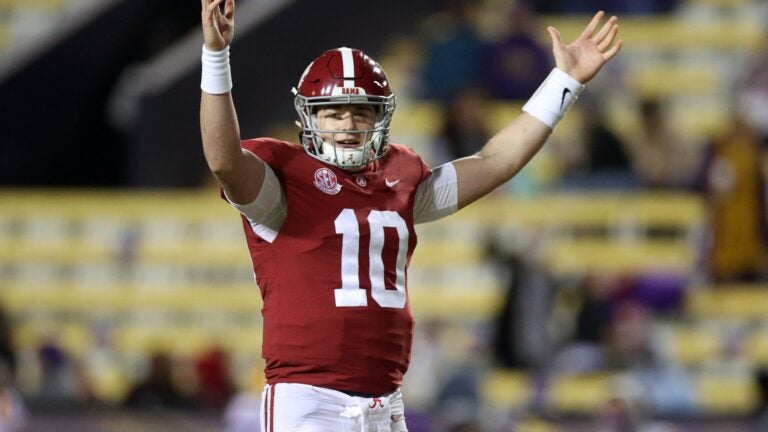