On Wednesday, the National Women’s Hockey League announced that it was suspending the shortened season in Lake Placid after multiple new cases of COVID-19 were discovered.

Two teams, the Connecticut Whale and the Metropolitan Riveters, had already withdrawn from the competition due to positive tests. The suspension comes on the eve of what would’ve been an enormous opportunity for the NWHL, as the Isobel Cup semifinal games (as well as the final) were scheduled to be nationally televised events.

The Boston Pride were set to play the Minnesota Whitecaps on Thursday in the semifinals.

Elsewhere on Wednesday, the Bruins rallied from a 3-1 deficit to defeat the Flyers in overtime, 4-3. David Pastrnak scored a hat-trick, and Patrice Bergeron grabbed the winning goal.

Pasta stole the show, but Bergy’s winner is your @JagermeisterUSA Shot of the Game! #NHLBruins pic.twitter.com/63HCOLq8dV

Also on Wednesday, the Celtics lost to the Kings in Sacramento, 116-111.

Tedy Bruschi reiterated his stance on Matthew Stafford: Before the announcement that Matthew Stafford had been traded to the Rams, there was speculation over whether or not the Patriots should pursue the former No. 1 overall pick.

With Cam Newton a free agent, and potentially set to leave New England after one season,  Bill Belichick reportedly made an offer for the longtime Lions quarterback.

But even before Detroit’s deal with Los Angeles, former Patriots linebacker Tedy Bruschi was not a fan of Stafford.

“He is a star but, yes, he is not a winner,” Bruschi said in an interview in January. “There are a lot of guys out there with a lot of stats that have no playoff wins, and I think Stafford doesn’t have playoff wins for a reason.”

Now, with the 32-year-old quarterback set to play for the Rams, Bruschi believes the Patriots did the right thing by not securing a trade with the Lions.

Speaking on WEEI’s “Ordway, Merloni & Faurio,” Bruschi explained why he thought it was a “ridiculous” deal from the Rams’ perspective, who sent multiple draft picks and quarterback Jared Goff to the Lions for Stafford.

“The price that [Los Angeles] paid for Matthew Stafford was ridiculous,” Bruschi said of the Rams’ trade. “I think it was two [first round picks] and a [third round pick] for a player that’s never won a playoff game. But this goes into the arrogance of offensive coaches. It’s like OK, no, my system, my coaching, I’ll fix this guy. Let’s bring him in here and this is exactly the upgrade that I need.”

“That type of quarterback desperation, that’s the first couple moves. And that’s where the Patriots just will not participate in,” added Bruschi. “There’s one domino. Stafford is there in L.A. and then you got Goff going to Detroit.”

“He’s not tough enough to play here,” said Bruschi. “He’s just not tough enough. I don’t think he’s tough enough to be coached hard. Do you realize the mental toughness that Tom Brady had to have for 20 years to deal with Bill Belichick and that type of coaching? I mean, constant pressure every single day. Does Stafford sort of grab you as a guy who could handle that? I just don’t think so.”

Trivia: Not surprisingly, Tom Brady is the final member of the 2000 NFL draft class who is still an active player. Who was the penultimate player from that draft to still be playing in the NFL?

Hint: He was drafted by the Raiders in the first round.

“It’s funny — I told him, my experience is sometimes what happens with guys when they miss that much time or it’s a whole offseason is … your hands and your timing are a little bit out of sync.”

“Hah – he showed me.” pic.twitter.com/cxtW9ZJYTB

The season was the worst in 76ers history, outpacing even the “Trust the Process” era in single-season losses. Yet within four years, Philadelphia was back in the NBA Finals. A decade later, the 76ers won their third (and still most recent) championship.

The Celtics, meanwhile, were in the fourth year of Tommy Heinsohn’s post-Bill Russell rebuilding effort. Boston would finish 68-14 that season, falling to the eventual champion Knicks in the Eastern Conference Finals after seven games. Heinsohn’s team would go the distance a year later, winning the first of two titles in the ’70s. Daily highlight: Of Pastrnak’s three goals on Wednesday night, this one might be the most enjoyable. Bergeron’s well weighted pass set it up perfectly. 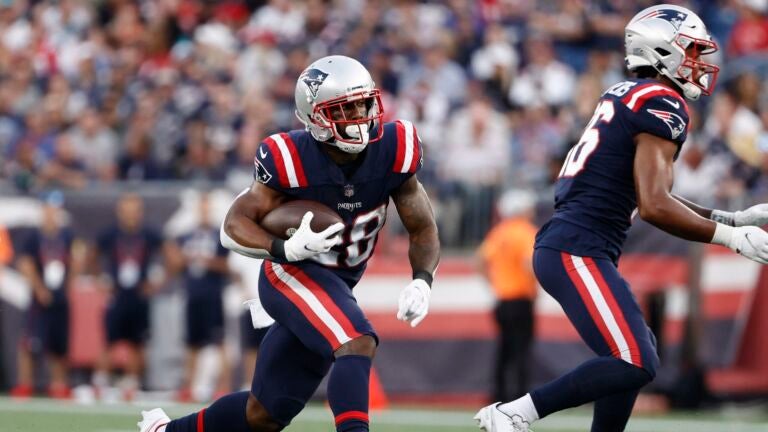