He doesn’t know if the Buccaneers are keeping it away from him on purpose.

“I’m not sure if it’s for a reason, if the Buccaneers organization is trying to keep it away from me, but it would be pretty cool just to even see it,” Gronkowski told ESPN on Monday. “I just saw it from about 30 yards away yesterday, but I have not touched it yet. Hopefully, I get to soon.”

Tampa Bay might be excused as an organization if it’s hesitant to let Gronkowski near their new hardware. After Super Bowl LIII, Gronkowski dented the Patriots’ Lombardi Trophy by using it to bunt a baseball thrown by Julian Edelman.

And Gronk, be careful with that trophy…

“I just bunted it. Imagine if I took a full swing. I think the whole football on the Lombardi Trophy would be off.”

It doesn’t take much imagination to picture Gronkowski taking a full swing — as he said, he’s Gronk. But when the Buccaneers do finally let him see the trophy, he already knows what he plans to do with it.

“I’m going to give it a big kiss,” Gronkowski told ESPN. “I’ve got to pay my respects to it. Give it a big hug. Give it a kiss. Hold it up in the air. Then, I just go with the flow. I just never know what’s going to happen. I really don’t try to plan anything. I just go with the flow and whatever happens happens. I just like being in that moment and thinking of things on the spot.” 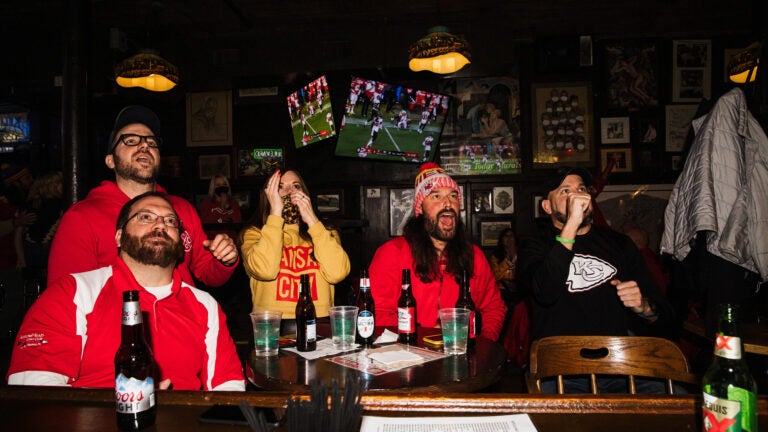 Tony Romo is the closest thing we have to John Madden, and the Super Bowl broadcast proved it