The Celtics ended their two-game losing streak with a 112-99 win over the Nuggets on Tuesday. Boston plays again tonight, facing the Hawks at 7:30 p.m.

The Bruins are back in action tomorrow against the Devils at 7 p.m.

And the Red Sox completed a trade with the Rays earlier on Wednesday, sending pitchers Jeffrey Springs and Chris Mazza to Tampa in exchange for minor leaguers Ronaldo Hernández and Nick Sogard. Here’s a breakdown of the deal from Alex Speier of the Boston Globe.

The Patriots and the NFL draft: One of the key aspects of the Patriots’ offseason — as the team attempts to quickly rebuild following its first below .500 season in two decades — is the NFL draft.

With the 15th overall pick, the Patriots may not be in range to get a quarterback. But given the list of needs that Bill Belichick has, he might still be able to land an impact player.

In his most recent mock draft, NFL.com’s Daniel Jeremiah projects that the Patriots will take cornerback Jaycee Horn out of South Carolina.

Horn (listed as 6-foot-1) has the size and ability to be a top-level NFL cornerback. And with the uncertain Patriots future 2019 NFL Defensive Player of the Year Stephon Gilmore, Jeremiah has New England finding his replacement.

“There’s been a lot of scuttlebutt about the Patriots potentially trading Stephon Gilmore, whose contract expires after the 2021 season,” wrote Jeremiah. “In this scenario, New England looks to his alma mater to find the player who’ll replace him.”

The NFL draft gets underway on Thursday, April 29.

Trivia: Who was the most recent cornerback the Patriots selected in the first round of the NFL draft?

An overview of the Celtics’ current struggles:

The young center was in his first season with Boston after arriving in a prescient trade brokered by Red Auerbach in 1980 (in which the Celtics traded the No. 1 overall pick in order to acquire Parish and draft Kevin McHale).

Boston, on its way to winning 62 games, would also go on to win the NBA title. 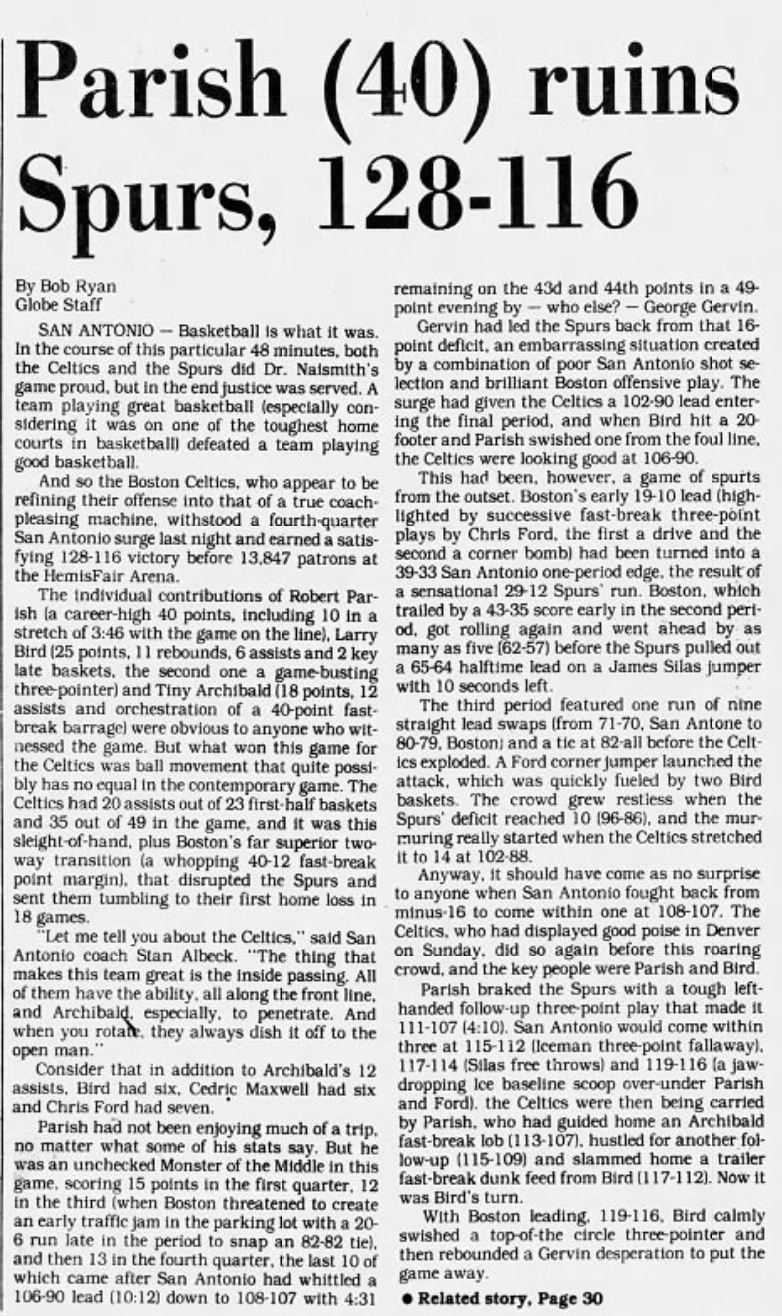 Daily highlight: PSG forward Kylian Mbappe capped his hat-trick in a 4-1 Champions League win over Barcelona on Tuesday with this curling finish.